Updated On November 21, 2022 | Published By: Smriti Sharma
Share this
Divorce 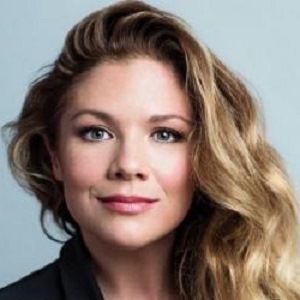 I often play women who are not essentially good or likable, and I often go through a stage where I hate them. And then I find the reasons why they are that way, and end up loving and defending them

It's always been my first love, I never feel more alive than when I'm on stage. On film you feel chopped up, you can be acting from the neck up, or the hand, there is a lot of closes up.

What is the relationship of Kathleen Turner?

Talking about her relationship, she married the real estate entrepreneur Jay Weiss in 1984, but the marriage didn’t go well so they decided to divorce in 2007.

The couple has one daughter namely, Rachel Ann Weiss.

Who is Kathleen Turner?

Kathleen Turner is an American film and stage actress and director. She is well known for her distinctive husky voice.

In fact, she has won two Golden Globe Awards and has been nominated for an Academy Award.

Kathleen Turner was born in Springfield, Missouri, the United States on June 19, 1954, to parents Allen Richard Turner and Patsy. Currently, she is 67 years old.

In addition, there is no information regarding her siblings. She belongs to American nationality and mixed (English- Scottish- Irish) ethnicity. Her birth sign is Cancer.

In which school did Kathleen Turner attend?

On talking about her profession, she made her Broadway debut as Judith Hastings in ‘Gemini’ at The Little Theatre after a few months.

Whereas, her role of a cunning and beautiful woman who plots her husband’s murder was loved by all. Similarly, she played a gold-digging wife in the science fiction comedy ‘The Man with Two Brains’ in 1983.

Likewise, she chose to play a comedic role in the 1984 romantic comedy ‘Romancing the Stone’ directed by Robert Zemeckis. It also starred Michael Douglas and Danny DeVito.

Besides that, she also played a middle-aged married woman who finds herself transported back to her high school days in the comedy-drama ‘Peggy Sue Got Married in 1986.

Then, Kathleen Turner again appeared with Michael Douglas and Danny DeVito in the black comedy ‘The War of the Roses’ in 1989. In fact, she was a sought actress throughout the 1980s.

Unfortunately, she began suffering from rheumatoid arthritis in the 1990s which seriously restricted her career. She also lent her voice to an episode of ‘The Simpsons’.

On talking about her lifetime achievements and awards, she won Golden Globe Awards for Best Performance by an Actress in a Motion Picture – Comedy or Musical for Prizzi’s Honor (1985), Romancing the Stone (1984).

Likewise, she won LAFCA Award for Best Actress for Crimes of Passion (1984), and Romancing the Stone (1984).

How much is the net worth of Kathleen Turner?

There is no information about her salary. Her net worth is around $20 million.

On talking about her body measurements, Kathleen Turner has a height of 5 feet 8 inches. Additionally, she weighs is 61Kg.

In addition, she has a measurement of  35-25-36 inches respectively.

Kathleen’s hair color is light brown and her eye color is brown. Furthermore, her dress size is 8 (US) and her shoe size is 8.5 (US).