Kathryn Boyd is an American actress, model. Kathryn is married to Josh and has two children. 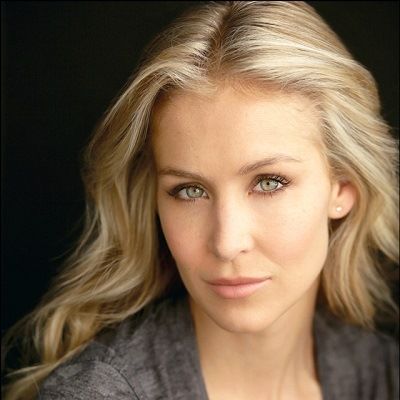 Kathryn Boyd got engaged to Josh Brolin in March 2015. The couple got married on September 24, 2016. In May 2018, Kathryn announced her pregnancy and the duo welcomed a baby girl named Westlyn Reign Brolin on November 4, 2018. The couple welcomed their second daughter on 25th December 2020.

Who is Kathryn Boyd?

Kathryn is an American actress, model, production assistant, and producer, better known as the wife of actor Josh Brolin.

Kathryn went to ‘The Lovett School’ and graduated in 2005. She then obtained a BA in magazine journalism from the ‘Grady College of Journalism and Mass Communication’ of the ‘University of Georgia.’ While at ‘Grady,’ Kathryn also completed a photojournalism certificate program from the ‘University of Georgia.’ In 2008, she went to Italy to study photography from ‘Santa Reparata International School of Art’ in Florence.

Kathryn began her career as an assistant for several film directors and producers. In 2010, she assisted the production unit of the ‘Fox’ crime-drama TV series ‘Past Life.’

In the year 2014, Kathryn signed a contract with ‘LA Models’ and began her career as a model. In the same year, in January, she joined the ‘Screen Actors Guild‐American Federation of Television and Radio Artists’ as a commercial theatrical actor. As an actor, she has been featured in the short film ‘Bad Company.’

She has also appeared as ‘Sophia’ in the 2015 thriller short ‘Rideshare.’ Kathryn was also one of the co-producers of the short. She has also appeared as ‘Kat’ in the 2015 short ‘Ride to Vegas.’ As a unit assistant, Kathryn has worked in films such as ‘Inherent Vice’ (2014), ‘Sin City: A Dame to Kill For’ (2014), and ‘Everest’ (2015). She has also worked for ‘TVM Productions’ and has assisted actor Ben Stiller for the film ‘The Watch.’

Additionally, Kathryn became an entrepreneur when she founded the denim brand ‘Midheaven Denim.’ The brand offers an exclusive range of denim pants, especially for tall women. ‘Midheaven’ has been featured in a few popular lifestyle journals, such as ‘Vogue,’ ‘The Atlantan,’ and ‘Who What Where.’ Kathryn conceived the idea of her entrepreneurial venture inspired by her own life experiences.

Kathryn Boyd has an estimated net worth of around $8 million and she has earned that sum of money from her professional career. Kathryn has her own line of premium denim named Midheaven Denim.

She has a height of 5 feet 11 inches and she weighs is 58Kg. Additionally, she has a measurement of  32-25-38 inches. Kathryn’s hair color is blonde and her eyes color is green.