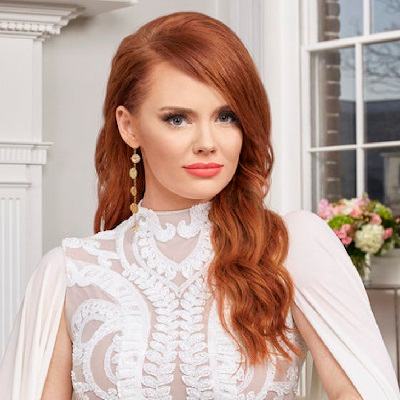 Previously, she was in a relationship with the politician and former State Treasurer Thomas Ravenel. The former first met in 2014 at the set of Southern Charm. Despite their age gap of 30 years, they started dating each other.

Together they have two children that include daughter, Kensington born in 2014 and a son, Julien born in 2016.

However, they soon started having problems since 2016. After that, they had a very nasty breakup.

After that, she started dating the country singer, Hunter Price. Dennis even posted a picture of her wearing an engagement ring too. However, the relationship could not last long and they parted away.

Who is Kathryn Dennis?

American Kathryn Dennis is a TV personality and model. She is renowned as a member of Southern Charm.

Currently, she is the brand ambassador of Gwynn’s.

She was born Kathryn Calhoun Dennis on the 5th of August 1992 in Charleston, South Carolina. Her father, Luke Dennis and mother Allison Dennis are of British-French ethnicity.

She is the only child to her parents and has no siblings.

She belongs to the family of a politician. Her grandfather, Rembert Coney Dennis was a senator. He nearly served the South Carolina House of Representatives and South Carolina Senate for about 50 years.

Also, the 7th vice president of the United States, John C. Calhoun one of her forefathers.

In 2009, she graduated from Berkeley High School in Berkeley where she was raised. Later, in 2009, she joined the University of South Carolina-Columbia.

In 2013, she earned a bachelor’s degree with Honors in Journalism and Fashion from the university.

In 2014, she made her first appearance in the Bravo’s TV series, Southern Charm. The series rose her fame as a TV personality.

Following the fame, she entered in the modeling field as a model.

Though her career as a model, she has an estimated net worth of $800k. Her earnings for an episode for Southern Charm are $25k. Altogether, she was featured in the show for 89 episodes that make $2.1 million.

In 2016, she lost the battle as she was arrested for testing positive for using marijuana. However, she didn’t give up. She again filled from custody in 2018. At the time, Thomas was accused of rape and third-degree assault against children’s former nanny.

In November 2019, they agreed for joint custody. According to the agreement, Thomas is responsible for paying the child support and weekly salary for the children’s full-time nanny.

Is Thomas Expecting a Baby?

According to some online sources, Thomas is expecting a body with the nurse, Heather Mascoe. Thomas and Heather have been in on and off relationship since last June.

However, Thomas is trying to keep the pregnancy news under wrap.

Kathryn Dennis is a hazel-eyed brunette. Her height is 5 feet and 11 inches and weighs around 55 kg.

Is Kathryn Dennis pregnant? Who is she dating at present?