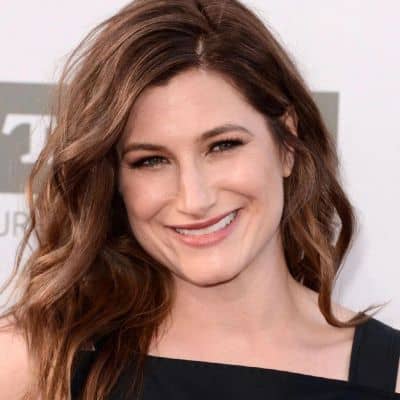 Just looking at each other is something really moving to me, more so than the nudity

I have two young kids. So my VCR, like, you kind of have to sift through a lot of, like, 'Animal Mechanicals,' 'Mickey Mouse Clubhouse

There is a lot of kissing in 'Boeing-Boeing.' A lot! And not pecks on the cheek or lips - although there's some of that, too - but full-on, farcical lip locks. My poor husband. He definitely wasn't prepared for as much smooching as there is.

What is the relationship of Kathryn Hahn?

Well, Kathryn Hahn is living a joyful married life with Ethan Sandler. Ethan is a well-named American actor, writer, and producer famed for his acting on Crossing Jordan. The couple had their first meeting in the year 1990.

Both of them were students of Northwestern University and met in the university to each other. Additionally, the couple married on 3 January 2002. She along with Ethan has two children at present.

Her first child, Leonard was born in October 2006. Similarly, the couple welcomed their second child, Mae on 27 July 2009. Currently, the couple resides along with their children and owns two dogs, a rabbit, and a hamster.

Who is Kathryn Hahn?

Kathryn Hahn is a well-recognized American actress, comedian, and producer. Hahn is widely famed for her role in the NBC crime drama series Crossing Jordan(2001-2007).

Kathryn Hahn was born on 23 July 1973. At present, her age is 47 years old. Likewise, her birthplace is Westchester, Illinois, the USA. She spent her childhood in Cleveland Height, Ohio.

Kathryn is the daughter of her father, Wiliam Hahn whereas her mother is Karen Bunker Hahn. Moreover, she has not shared her sibling’s information with the public.

Talking about her nationality, Hahn holds an American identity whereas her ethnicity is mixed(German, Irish, and English).

Regarding education, the actress studied at Northwestern University earning a degree of Bachelor of Arts in the theater. Later, she studied for her MFA in drama at Yale University.

The actress debuted on the television program, Hickory Hideout, in Cleveland. She impressed the director and agent through her skills and portrayed the character of Lily Lebowski in Crossing Jordan. The series featured from 2001 to 2007.

In the year 2013, Hahn emerged as a lead actress in the comedy-drama Afternoon Delight, which was directed by Joey Soloway. Later, she emerged in the comedy film, Bad Moms in the year 2016 and its sequel as well. Kathryn is also portrayed in A Bad Moms Christmas in 2017. She appeared in the 2018 drama Private life too, directed by Tamara Jenkins.

The famous actress received a Gotham Award nomination for Best Actress. Additionally, the celebrity has appeared in numerous dramatic movies like Revolutionary Road(2008), This is Where I Leave You(2014), Tomorrowland(2015), The Visit(2015), Captain Fantastic(2016), and so on. She earned the first Screen Actors Guild Award nomination as well.

Freshly, Kathryn starred in the HBO drama miniseries 2020, I Know This Much is True. Likewise, in the year 2021, she became part of the Marvel Cinematic Universe featuring in the Disney+ Limited series WandaVision portraying the role of Agnes.

Regarding her social media presence, Kathryn Hahn is an active personality on social media. Kathryn has more than 3.5k followers on her official Instagram account @kathrynhahnofficial.

How much is the net worth of Kathryn Hahn?

Renowned personality, Hahn has earned a handsome amount of money from her profession. She has been active in her profession from the year 1999 till the present. She lives a luxurious lifestyle.

It is reported that Kathryn Hahn has an estimated net worth of $2 million as of 2022. Similarly, her husband, Ethan Sandler has an approximated net worth of $3 million. Moreover, the duo owned their bungalow located in Silver Lake whose value was $1.6 million.

But, they sold it to buy a new mansion named Los Feliz Spanish Villa for $2.55 million. The mansion featured a 4000 square foot area, four bedrooms and four bathrooms, and a swimming pool. Likewise, it has a large outdoor dining area.

Kathryn has never been part of any controversial matter or rumors till now. The actress has been preoccupied with her professional and private life.

It seems that Hahn prefers enjoying her personal life and does not want to merge it with her professional life.

What are the body features of Kathryn Hahn?

47 years old celebrity, Kathryn Hahn has gorgeous looks, attractive smiles, and an admirable personality. She stands at a height of 5 feet 5 inches. Also, she has a balanced body weight of 61 kg.

Furthermore, Hahn has blue eyes whereas her hair is light brown. Her body measurement is 25-26-36 inches (chest-waist-hip) respectively.