Actress Kathryn Harrold is married is a mother of one. 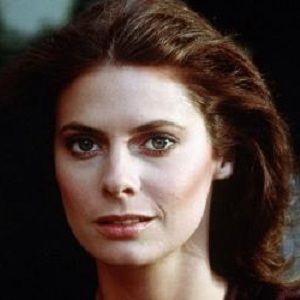 I figured it was a way of exploring things. You get to find out about life, people, travel, research. I've hung around emergency wards, blind people, handicapped children, studied Lamaze technique. For me, it's not a process of hiding behind a character, but a confrontation with myself. I'll attempt to open up blocked areas in me and try to do something about them.

Kathryn Harrold was a married woman. She was married to an American actor, television pundit, and host Lawrence O’Donnell.

The pair married on 14 February 1994 and later divorced in 2013. They have a daughter from this marriage, Elizabeth Buckley Harrold O’Donnell.

Who is Kathryn Harrold?

Additionally, she also had leading roles in horror films Nightwing (1979) and The Sender (1982).

Kathryn Harrold was born in Tazewell, Virginia, the United States on August 2, 1950. She is the daughter of B.H. Harrold (father) and Carolyn Harrold (mother).

Unfortunately, there is no information regarding her family and her childhood. It is under review.

There is no information about her siblings. She belongs to American nationality and her ethnicity is unknown. Her birth sign is Leo.

On talking about her education, she attended Tazewell High School. Then, she attended Mills College in Oakland, California, majoring in drama. Moreover, she studied acting at HB Studio in New York City.

On talking about her profession, Kathryn Harrold was Steve McQueen’s leading lady in the screen legend’s final film, The Hunter (1980), and Arnold Schwarzenegger’s leading lady in the action vehicle Raw Deal (1986). Similarly, she also appeared in Nightwing (1979), as well as the cult horror film The Sender (1982), and co-starred with Luciano Pavarotti in Yes, Giorgio (1982).

Likewise, she also starred in Modern Romance (1981) as the ex-girlfriend of Albert Brooks’s character.  Additionally, she also had a supporting role in Into the Night (1985), an action/suspense film directed by John Landis, as Paul Mazursky’s character’s girlfriend.

Besides that, she also began her television career playing Nola Dancy Aldrich on the NBC daytime soap opera The Doctors from 1976 to 1977. After that, she left the show, her replacement was Kathleen Turner.

During 1978-79 she also played a blind psychiatrist in several episodes of The Rockford Files, with whom Rockford was in love.

Similarly, from 1991 to 1993, she co-starred alongside Regina Taylor and Sam Waterston in the NBC period drama, I’ll Fly Away. Then, she later was a regular cast member on The Larry Sanders Show, playing Francine Sanders.

During her career, she also appeared in several made for television movies, most notably Women in White (1979), Vampire (1979), and Bogie (1980), in which she played movie legend Lauren Bacall and the HBO film Dead Solid Perfect (1988) in a leading role, opposite Randy Quaid.

Moreover, she also starred in Man Against the Mob (1988) with George Peppard, aired on NBC as a TV movie.

There is no information regarding his income, salary. Whereas, her net worth is estimated to be around $24 million according to the sources.

Kathryn has maintained her celebrity status and has not harmed anybody to date in her career. And, also she has not been involved in any type of rumors and controversies.

On talking about her body measurements, Kathryn Harrold has a height of 5 feet 9 inches. Additionally, she weighs is 64 Kg.

In addition, she has a measurement of 33-24-33 inches respectively. Furthermore, her eye color is brown and her hair color is light brown.