Updated On December 7, 2022 | Published By: Arun Mehata
Share this
Single 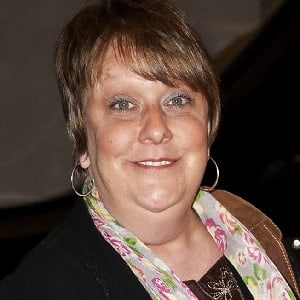 When you are called a character actress it's because you are too ugly to be called a leading lady.

What is the relationship of Kathy Burke?

Kathy Burke has not revealed details about her past relationships. She has not been married and she describes her love for acting as the main reason behind that.

Who is Kathy Burke?

People mostly recognize her through her appearances on sketch shows such as ‘French and Saunders.

Additionally, she also portrayed the role of Magda in the TV series Fabulous.

Burke was born as Katherine Lucy Bridget Burke in Camden Town, London on June 13, 1964. She was born to her mother Bridget and her father Patrick who was a builder.

Additionally, she has two elder brothers, John and Barry.

After her mother’s death due to cancer, she was brought up by neighbors, and later she returned to live with her Irish father. The world of acting always intrigued Burke as a child.

She is of English and British nationality. Furthermore, she belongs to a mixed ethnic background of Irish and English.

In which school did Kathy Burke attend?

Burke initially made her screen debut with a small role in the controversial 1982 film ‘Scrubbers’. Additionally, in the same year, she also starred in the TV series Educating Marmalade’.

Later in 1983, she was cast in ‘Doctor Who, ‘The Nation’s Health’, ‘Johnny Jarvis, and ‘Forever Young’. In addition, in 1984, Burke had roles in the TV series ‘Round and Round’ and ‘The Brief’. Since then, she has appeared in numerous other movies and television series. All in all, she has over 75 credits as an actress.

Some other movies and television series that Burke has appeared in are ‘School of Roars’, ‘Fabulous: The Movie’, ‘Crashing’, ‘Pan’, ‘Psychobitches’, ‘Walking and Talking’, ‘Tinker Tailor Soldier Spy’, ‘Little Crackers’, ‘Straight to Hell Returns’, ‘The Catherine Tate Show’, ‘Comedy Showcase’, ‘Twenty Thousand Streets Under the Sky’, ‘Once Upon a Time in the Midlands’, ‘Gimme Gimme Gimme’, ‘The Martins’, ‘Love, Honor and Obey’, and ‘Kevin & Perry Go Large’ among others. Additionally, she also has one credit as a producer and 2 credits as a director. Furthermore, she also has 4 credits as a writer.

Burke has garnered five BAFTA TV Award nominations to date. She has won the British Comedy Award, British Independent Film Award, and RTS Television Award. All in all, she has 5 wins and 12 nominations to her name.

Burke has not revealed her current salary. However, she has an estimated net worth of around $3 million at present.

Burke made the news after it was reported that she nearly died after she fell foul of Clostridium difficile. She revealed that she had three near-death experiences. At present, there are no rumors concerning Kathy and her career.

How tall is Kathy Burke?

Regarding her body measurement, Burke has a height of 5 feet 3 inches (1.6 m). Additionally, her hair color is dark brown and her eye color is hazel.

Burke is active on Twitter. She has over 325.4k followers and has tweeted more than 13k times. However, she is not active on Facebook and Instagram.

What was Kathy Burke's illness?

She once suffered from Clostridium difficile.

Where did Kathy Burke come from?

She was born in Camden Town, London, the UK.
Nora Ephron