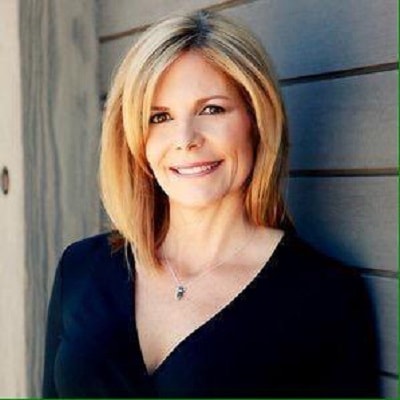 Kathy Colace is a married woman. She has been married to John Laurinaitis since March 24, 2016. The couple tied their knot in a private wedding ceremony in which their close relatives and friends were present. The couple got engaged in September 2015. Her husband, John is a former professional wrestler who used to fight under the ring name Johnny Ace.

Previously, she was married to Jon Garcia. The couple welcomed a son named JJ Garcia and twin daughters named Brie Bella and Nikki Bella. The couple could not hold the relationship and end with divorce. According to some sources, the reason behind their divorce is because her husband cheated on her.

Who is Kathy Colace?

Kathy Colace is an American entrepreneur. She guides other aspiring business people looking to strike out on their own through her company JBN & Associates, LLC. She is the mother of wrestlers: Nikki, and Brie Bella.

She was born on October 19, 1964, in Los Angeles, California, USA. She has not disclosed the name of her father and mother. Her father was a businessman who owned a production company called Colace Bros and worked hard to raise and educate his children. She grew up with four siblings in California, under the nurturing care of her parents.

Kathy holds American citizenship but her ethnicity is unknown.

After graduation from high school, she attended the University of San Diego located in San Diego, California and graduated from there.

Kathy started working in her father’s firm since the age of 7. He father was a businessman, she started her career working there.

She worked in her father’s company for about 18 years, she decided to leave that and work for her herself. Then, she established her own company JBN & LLC in June 1999. Kathy further formed her won team and worked very hard to get success in her won business.

Kathy Colace is widely respected in the entrepreneurship world for her hard work and the steps she took in her business. Moreover, she became the position of President of the Entrepreneurs’ Organization of Arizona.

She is also serving as the board member of organizations like Suns Nite Hoops, Phoenix Suns Charities, and Sojourner Central Advisory Board. Moreover, she is also a Cancer Awareness Advocate.

She became the President of the Entrepreneurs’ Organization of Arizona. But, she has not been awarded and nominated for her work.

She has an estimated net worth of around $2 million and she has earned that sum of money from her professional career. However, her salary and income are under review. Her daughters, Nikki and Bella have a net worth of $6 million individually.

There was a rumor that she has suffered from cancer but she said that she never had cancer, but her sister has had to battle breast cancer.

Kathy Colace has a decent height and weighs average. She has grey eyes and blonde hair. But, her shoe size, dress size, body measurement, etc. are not available.

‘Birdie is here!’-Brie Bella’s bundle of joy, the difficult labor and more…: Read on all of that here!