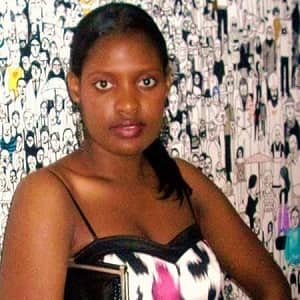 What is the relationship of Katia Washington?

Katia Washington has successfully kept her personal life away from the media spotlight.

There are no records of her dating history.

Who is Katia Washington?

Katia Washington is the daughter of celebrated Hollywood actor Denzel Washington and his wife Paulette Washington.

Katia has worked as a production assistant in the movie ‘Django Unchained’.

Washington was born in Los Angeles, California on November 27, 1987, to parents Denzel Washington and Paulette Washington.

She is of American nationality. Additionally, she has three siblings, Olivia Washington, John David Washington, and Malcolm Washington.

Furthermore, she belongs to African-American ethnic background. Not much is known about her early life and childhood at present.

Her uncle is David Washington and her aunts are Rita Pearson and Lorice Washington.

Talking about her education, Washington graduated from Yale University.

Although both of her parents are movie stars, she enjoys working behind the scenes. She has not acted in any films throughout her career however, she has been involved in numerous movies over the years.

Washington worked as a production assistant in Quentin Tarantino’s ‘Django Unchained’ in 2012.

She worked in the editorial department of the movie. In 2016, she was the associate producer of the movie ‘Fences’. Additionally, she was also a member of the miscellaneous crew for ‘The Birth of a Nation’ in 2016.

Washington has not revealed her current salary.

However, she has an estimated net worth of around $ 2 million at present.

Washington has successfully kept her life away from the mainstream media spotlight.

Talking about her body measurement, Washington has a height of 1.65m.

Additionally, her hair color and eye color are black.

Washington is not active on social media. She does not have her official Twitter and Instagram accounts.

Similarly, she is not active on Facebook as well.