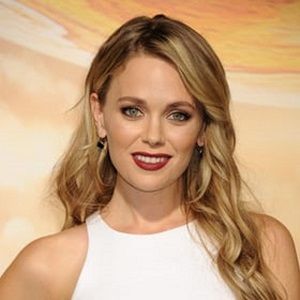 Katia Winter was dating musician Jesse Glick. Thay also got married in 2013. After some time they said they were no sooner together and got separated in 2015. They got divorced in 2016 February.

There is no information on her previous affairs.

Who is Katia Winter?

Katia is a Swedish actress. She is famous for playing a role as Nadia on the series Dexter. And also famous for her role as Katrina Crane on the Fox series Sleepy Hollow from 2013 to 2015. She also appeared in DC Comics tv series Legends of Tomorrow as Freydis Eriksdottir from 2017 to 2018.

Katia was born on October 13, 1983, in  Stockholm, Sweden. She is now 34yrs old. She moved to London at an early age. Her father’s and mother’s name is unknown.

The information about her education is unknown.

Katia was first seen acting in the movies. She moves to the U.S and immediately booked the lead female role in Arena. She was starring opposite Kellan Lutz and Samuel L. Jackson in the movie. Soon after that, she plays again the lead role in 2012 in the independent film Love Sick Love which also stars Matthew Settle. Then after she was back again with her talented acting skills in the independent film Banshee Chapter with Ted Levine.

In 2012 she plays in the NCIS episode “Need To Know”. In the same year, she has also cast of Dexter for the show’s seventh season. There she plays the recurring role of Nadia, a Russian stripper who works in a Miami club.

From 2013 to 2015, Winter starred as Katrina Crane on the Fox series Sleepy Hollow.

She is seen starring in various movies and yet her most of the movies are coming. So she is not awarded any of the awards.

Katia Winter: Salary and Net Worth

Katia’s net worth is estimated $2 million. Her earning is not revealed.

Katia is not involved in any of the rumors yet. She seems to runs her life smoothly without harming others.