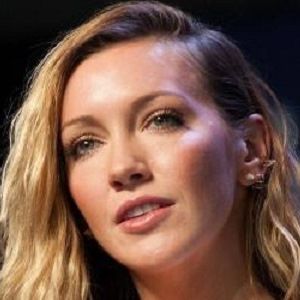 I try mainly to just focus on character and what my character's point of view is, with each person, and try to figure out the story

I loved being on stage. I was in elementary school when I started, so I couldn't say that it was about the building of characters

There is definitely something that has to be said for me liking the action, Lara Croft type stuff. I really want to explore that side of me.

What is the relationship of Katie Cassidy?

Katie Cassidy dated Boyband Dream Street‘s member Greg Raposo in January 2002. They dated for more than a year and finally separated in 2003. Then, she dated Jesse McCartney in February 2005. The duo dated for more than 2 years and separated in August 2007. Similarly, she started dating Slovenian basketball player Sasha Vujacic in July 2009. They hooked up together for 2 months before finally separating in September 2009.

Moreover, Topher Grace didn’t date Cassidy officially but had a couple of dinner dates in October 2009. She dated Jarret Stoll started dating. The LA Kings player dated her for over two years and called it quits in January 2012. She dated Jerry Ferrara nearing September 2012. Then, she started dating another Canadian ice hockey player, Jason Garrison in November 2012. She previously dated Jarret Stoll. The couple remained together until 2014.

Likewise, Dana Brunetti and Katie started dating in December 2014. They dated for more than a year and split in 2016. Then, she started dating Matthew Rodgers in 2016 and the two made their engagement news public on June 5, 2017.

Who is Katie Cassidy?

Katie Cassidy is an American actress. She is well known for playing the role of Ruby in the horror TV series ‘Supernatural’ as well as of Laurel Lance in the drama ‘Arrow’. Similarly, she is also famous for portraying the character of Ella Simms in the television show ‘Melrose Place’ from 2009 to 2010. Additionally, she has also appeared in several films and has also done a few voice roles.

Cassidy was born in Los Angeles, California, the United States on November 25, 1986, at age (35). She is the daughter of David Cassidy(father),  Richard Benedon (Stepfather), and Sherry Williams (mother). Her father was an actor and singer and her mother was a fashion model. Katie’s parents ended their relationship when she was raised by her mother and stepfather Richard Benedon.

In talking about her profession, she made her acting debut in 2003 in an episode of ‘The Division’. Then, she also appeared in a few episodes of ‘7th Heaven’ as well as ‘Sex, Love & Secrets’. In 2006, she did the movies ‘When a Stranger Calls’, ‘The Lost’ and ‘Black Christmas’.

Eventually, the actress then played the role of Ruby/Lilith in the horror TV program ‘Supernatural’ from 2007 to 2008.  Similarly, she was cast as Patricia “Trish” Wellington in the horror mystery TV series ‘Harper’s Island’ in 2009. In the same year, she joined the cast of the drama ‘Melrose Place.

Whereas, from 2010 to 2012, Cassidy appeared in the program ‘Gossip Girl’ as Juliet Sharp. Additionally, she also got featured in the films A Nightmare on Elm Street’ and ‘Monte Carlo’. In addition, the actress began playing Dinah Laurel Lance/Black Canary in the series ‘Arrow’ in 2012. In 2014, she did the thriller movie ‘The Scribbler’. Likewise, she appeared in three episodes of ‘The Flash’ and two episodes of ‘Legends of Tomorrow’. Moreover, she also had a voice role in the web series ‘Vixen’ in 2016.

There is no information regarding her income or salary. As of 2022, her net worth was around $3 million.

There was a rumor that Katie Cassidy underwent cheek surgery to highlight the cheek on her face. In addition, to perform cheek surgery, a cosmetic surgeon can place silicone implants in general to cover the cheekbones. Currently, she is far from rumors and controversies.

On talking about her body measurements, Katie has a height of 5 feet 6 inches. Additionally, she weighs is 54Kg. Katie’s hair color is blonde and her eye color is green.

Why is January considered the ‘divorce month’?