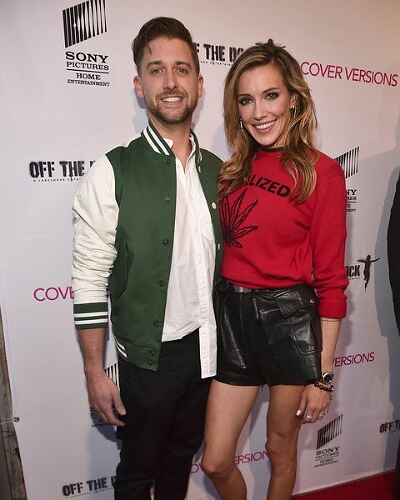 Their 13 months married life is over. It lasted for a brief time. Now Arrow star Katie Cassidy has gone ahead and filed her divorce papers in L.A. Superior Court on Wednesday 8 January 2020.

The Arrow actress Katie Cassidy no more wants to stay with her husband of 13 months, Matthew Rodgers. Yes, the couple has called it quits and separated after their brief marriage period. Katie has filed for divorce in the Superior Court in Los Angeles on Wednesday 8 January 2020.

The couple shares no kids together. Hence, it could be a quick and easy divorce. They also do not seem to share any property together. Hence asset issues would not be a problem either there. The cause of the split remains unknown. She has put the date of separation in her court papers as TBD which stands for ‘to be decided’. She has stated the reason as irreconcilable differences.

“I can’t wait to spend forever with you my darling!! I’m the luckiest girl in the whole world. I [heart emoji] YOU to the moon and back @mattyice432 Thank you for a magical evening I will forever remember.”

The couple walked down the aisle together in December 2018. The wedding was set in the picturesque beach of Sunset Key, FL. Katie had posted on her social media pics of her wedding and wrote:

“I can’t help falling in love with you.”

Last November, Katie had gushed about her hubby in an Instagram post and thanked him on Thanksgiving Day. This implies that things were okay between the couple until recently or else she has been posting false messages on her social media.

Before meeting Matthew, Katie dated American Singer-songwriter Jesse McCartney for 4 years. Jesse then dated Katie Peterson and after 7 years of courtship married her in September 2019.

Later Katie had a relationship with Canadian ice hockey player Jarret Stoll for 2 years. They split in December 2011. She had a brief romantic fling with actor Jerry Ferrara in the year 2012.

Katie is an American actress. She is well known for playing the role of Ruby in the horror TV series ‘Supernatural’ as well as of Laurel Lance in the drama ‘Arrow’. Similarly, she is also famous for portraying the character of Ella Simms in the television show ‘Melrose Place’ from 2009 to 2010. Additionally, she has also appeared in several films and has also done a few voice roles. More info…