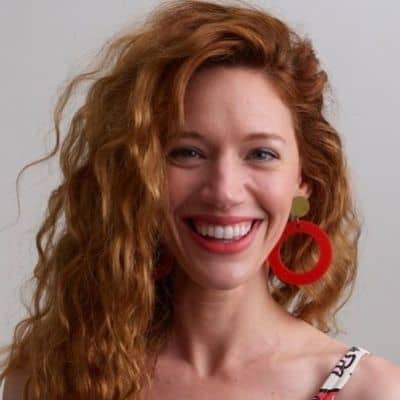 Is Katie Parker Single Or Dating Someone?

Katie Parker is currently assumed to be single. There are no past or present relationship rumors, gossip, or any kind of linkup of her yet.

It seems like she wants to keep her personal life private and uptight. If any boy she will meet in the near future, hope she will open up and we have something to buzz about.

Who is Katie Parker?

Katie Parker is an American actress, television star, and model. She is well known for her appearance as Callie in the movie Absentia (film), Poppy Hill in the Netflix horror series The Haunting of Hill House (TV series), and Perdita Willoughby in the follow-up The Haunting of Bly Manor (2020).

In 2022, she has been cast as Aceso, in the Netflix Original series, The Midnight Club. It aired on Netflix on October 7, 2022.

The beautiful actress Katie was born on Jan 05, 1986, in Herndon, Vergina, the United States of America. As of 2022, she is 36 years old and holds American nationality.

According to the astrologers, her birth sign is Capricorn and she belongs to the Caucasian ethnicity.

Moving on to her family background, she was born to her father, Dave Parker, and mother, Linda. In addition, she has two siblings a brother and sister named, Danny Parker and Parker Wallace.

Apart from these, there is no info on her family as well as her early educational background.

In 2008, Parker started her career with a small appearance on the TV series, The Young and the Restless.

Following that, she was cast as Callie in the film, Absentia, which was directed by Mike Flanagan in 2011.  The following year, she joined the cast of the series, The Therapist playing Amber McGowan, and worked in the film, The Family, playing Ruby.

In 2013, she played in John Salcido’s short film, This Is Ellen, and also in Mike Flanagan’s movie, Oculus, as Annie.

Then, she went on to act in several short films and series like,

Moving on in 2018, she starred in David Ian Mckendry’s film, All The Creatures Were Stirring. In 2019, she played the role of Silent Sarey in the film, Doctor Sleep, based on Stephen king’s novel of the same name.

In 2020, Katie had roles in the film Like a Boss (film) directed by Miguel Arteta and the Netflix series, The Haunting of Bly Manor.

As of 2022, she is soaring to fame, after playing the role of Aceso, founder of Paragon, in the horror drama series, The Midnight Club.

By 2022’s data, she had accumulated a net worth of around $7 million. However, her salary and other earnings were not yet published.

There are no rumors or controversies about her personal or professional life.

Katie Parker stands 5 feet and 9 inches tall and weighs around 60 kg. In addition, she has irresistible hazel eyes and dark brown hair.

Furthermore, there are various fan-based Twitter and Tiktok accounts under her name.