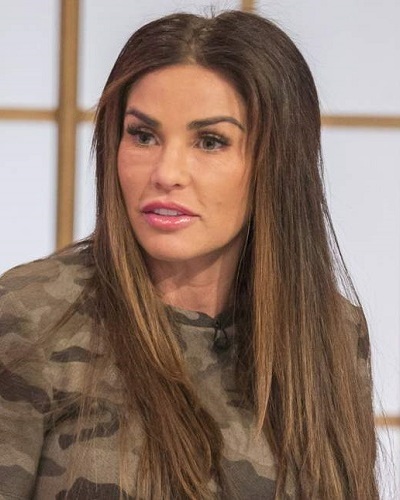 Imagine an ex-partner coming to help her previous partner with his mental health woes. This is the case with Katie Price who has now volunteered to help her ex-husband Peter Andre after learning that he is struggling with depression. She is certain that she can bring him out of this mental illness.

Katie Price and her helping hand for Peter Andre

Peter Andre, 45 had recently opened up about his battle with depression and suicidal thoughts. It was last month and now his ex-wife Katie wants to help him.

Peter’s current wife Emily, 29 is a trained doctor. But despite that, Katie feels that she can do a better job and bring Peter out of his depression. A source revealed to Closer magazine:

“Some friends may think she’s deluded, but she’s insisting that, while Emily’s a doctor, he may not want to talk to her about certain things, like their relationship.”

“She’s adamant she’s the only person who can help.”

Katie has also advised rehab for Peter since she feels that it is good and had worked for her when she faced similar problems. The insider added:

“After everything she’s been through, she’s always seen herself as a bit of a life guru.”

“Katie sent him a heartfelt message saying she’d like to help, advising him to consider a rehab stint, saying it helped clear her thoughts.”

Peter Andre and his recent revelation on mental health

Peter spoke in depth about his mental problems recently. He said that he has been suffering from it for the past two decades. He has been on and off medicines and in and out of therapy. It has not helped much and it is only now that his panic attacks have ceased to occur. But still, Peter finds low and dark on many occasions.

“I got to some very dark points where I remember praying to God, please get me through this day, just to get through one more day. That’s how bad it got.”

Katie and Peter were married for four years. They met on a show in 2004. They walked down the aisle together in September 2005 in Hampshire at Highclere Castle. This was Katie’s first wedding. They have two children together but sadly split in May 2009. Peter had said at that time:

“Something big happened, which I won’t reveal as I don’t want my kids reading it. Katie knows 100 percent the reason why I left her and I am 100 percent sure that what happened definitely did happen.”

Katie called their separation silly and stupid and wished they had worked on their relationship and reconciled. They were an adorable pair and formed part of several reality TV shows at that time.

Peter met medical student, Emily MacDonagh and began dating her in 2012. They wed in 2015. On the other hand, Katie met MMA fighter Alex Reid and married him in 2010. But in 2011, they separated. She then married Kieran Hayler in 2013 and has two children with him.

But they too broke up and Katie is now dating personal trainer Kris Boyson. But the relationship was rocky and not smooth. They split and she was seen with Alex Adderson, 25. But it seems, Katie and Kris are back again.

Katie Price is an English television personality and glamor model. She was previously famous as Jordan and rose to fame as a topless female glamor model in a pictorial on Page 3 of the British tabloid newspaper The Sun. She was ranked #2 in a list of the 100 Worst Britons We Love to Hate in 2003, voted by viewers of television network Channel 4. More Bio…

Kim Kardashian wins a lawsuit against Missguided USA for copying her outfits and gets $2.7 million in damages!
Tags : Actress Model reality TV star