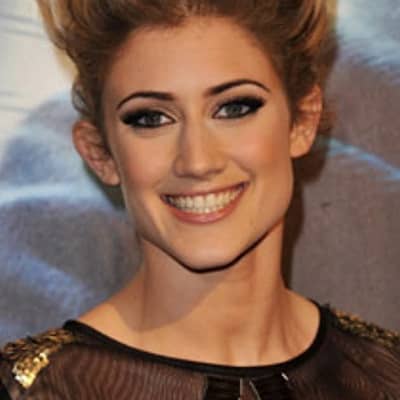 can still smell him. I was paralysed with shock. All I could think was, ‘How am I going to leave this room?’

I was a victim but I wouldn’t allow myself to recognise just how terrible it had been. I’ve never spoken before as I thought I’d be blacklisted and never work again. I was vulnerable but times have changed and I now feel bold enough to speak out.

I was so focused on being successful and was vulnerable to a man like this who exploited that. If I could go back in time, I would never have taken part.

Moving towards her relationship status, at present, she is possibly single.

Previously, she was married to a male model Brad Alphonso in the year of September 2012. But they divorced after two months of marriage.

After that, she engaged to comedian Brian Moote in 2015. Unfortunately, they split in late 2016.

In July 2018, she gave birth to her first child, a boy named Hudson. In September 2018, she split from her boyfriend, and at that time she hasn’t revealed her boyfriend’s name.

Who is Katie Waissel?

Katie Waissel is an English singer-songwriter and television personality. She is best known for being a housemate in Celebrity Big Brother 18.

Also, she is a NASM fitness nutrition specialist, Rehabilitation & Wellness Expert at The Shed, Nutrition Specialist.

Her nationality is British and she belongs to the Caucasian ethnicity.

Talking about her early career, in mid-to-late 2009, she performed in an interactive, online reality show, Green-Eyed World, sponsored by Sprite.

She had worked as a receptionist, Waitress, and once worked at Ok magazine. After, that she took an audition for the X-Factor (UK series 7). Waissel was highly acclaimed on every episode of The X Factor.

She came into the public eye when she finished the seventh series of The X Factor.

Furthermore, she was featured in the reality show, Vanderpump Rules in Series 4 Episode 1, Episode 10, where she expressed her real-life role as an office manager of a tattoo removal company in Los Angeles.

Waissel’s source of income comes from being a pop singer. She has an estimated net worth of$1.6 Million.

She revealed some information to Closer Magazine, she told how appearing on the X-Factor left her feeling suicidal, and still, she is receiving Post Traumatic Stress Disorder.

Moreover, she insisted she ‘can’t stay silent on the matter because people’s careers have been distressed and she claims many are still counseling. She claimed the show falls into the category of soft-scripted reality entertainment TV shows because the mentors ’don’t actually work with artists.

In contrast, X Factor spokesperson told Mail Online: ‘Duty of care of our contestants is of the uttermost importance to us.

This singer has a height of around 5 feet 5 inches. She has an average weight with fair skin.

In addition, she has blonde hair. Her eyes are Gray in color.

Moreover, she has a tattoo on her inner arm where she wrote the quote of Bob Dylan. In September 2013, she got another tattoo on the left side of her chest.