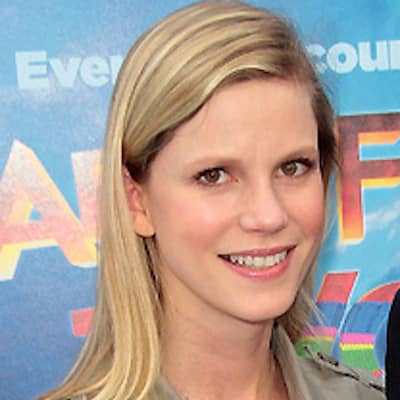 What is the relationship of Katie Wright?

Katie Wright is married to an actor. She started to date Hank Azaria in 2007 and in the same year they exchanged vows.

But their wedding details are unknown. Her husband is popular for appearing as a voice of various characters in The Simpsons.

They welcomed their son Hal in the year 2009.

Who is Katie Wright?

Katie Wright is an American actress and writer who is now retired. The public noticed her for appearing in Idle Hands (1999), A.I. Artificial Intelligence (2001), and more.

As per the reports, after retiring, she studied to become a family therapist.

Where is the birth place of Katie Wright?

She was born Katherine Wright on 25 Dec 1971 and her birthplace is Kansas City, Missouri, U.S.

The name of her mother was Mary and her father was Scott who was a physician.

Katie’s ancestry is Caucasian and has an older half-brother, Jack Noseworthy. As per her academics, she graduated in 1990 from Harriton High School.

Katie Wright started her career in 1993 and exited in 2001. Her first appearance was in two episodes of a TV series named The Wonder Years as Jane.

Then she was seen as Nina Gerard in Malibu Shores for 10 episodes and as Chelsea in Melrose Place for 12 episodes. Her other brief-roled TV shows were Players, Crackers, Boy Meets World, and more.

Besides this, Katie also did several movies. Her debut movie was It’s Pat (1994) and her final film was The Good Things (2001).

How much does Katie Wright earn?

At present, her estimated net worth is around $500 thousand US. However, her salary and other earnings are unknown.

This Former actress is keeping herself away from rumors and is also not surrounded by any desperate scandals.

Regarding Katie Wright’s body features, her height is 5 ft 7 inches and her body weight is average.

Moreover, her eyes are brown and her hair color is brown. She has a fair skin complexion.