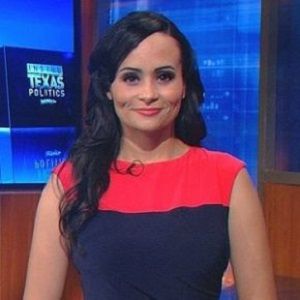 Your viewers, I'm pretty sure, have run into an individual that is the complete epitome of annoying to where you absolutely have to finally give in in order to get on about your day

Mr. Trump is exercising his free speech. It was in fun with the audience.

What is the relationship of Katrina Pierson?

Katrina Pierson was once married for a short period of time. She had a three-month-long marriage when she was a teenager. There is no further information regarding her married life and her husband.

After her divorce from her husband, she gave birth to her son, Christopher Pierson at the age of 19. Currently, she lives in Texas with her son. Her current relationship status is possibly single.

Who is Katrina Pierson?

Katrina Pierson is an American communications consultant and Tea Party activist. She became popular when Donald Trump hired her in November 2015 as his 2016 presidential campaign’s national spokesperson.

Since then, she works as the national spokesperson for Donald Trump. She is also a regular CNN contributor. She is associated with the Republican Party.

Katrina was born on July 20, 1976, in Kansas. She is of African-American ethnicity and has American nationality.

She belonged to a lower-middle-class family with an American mother and an African father. Her mother was pregnant with her when she was just fourteen and Katrina was born when her mother became fifteen.

She was given up for adoption by her parents when she was a child due to poverty, but later she returned to her mother and grew up in poverty.

In which school did Katrina Pierson attend?

She was educated at Kilgore College from where she graduated with an associate of science degree in 1996. For further studies, she attended the University of Texas at Dallas and graduated with a bachelor’s degree in biology in 2006.

After graduation, she worked for inVentiv Health Incorporated till 2008. In 2013, the Texas Workforce Commission provided her $11,000 as unemployment benefits.

After working for inVentiv Health, Katrina Pierson began her career as a practice administrator in the Baylor Health Care System in July 2009. She worked there until August 2011. In 2009, she became an activist in the Tea Party Movement.

She is the founder of the local Tea Party Group of Garland, Texas. She also worked as a director of corporate affairs for ASG Software Solutions until the end of 2012. Finally, in November 2015, Katrina was hired by Donald Trump for his presidential campaign.

She was the U.S. congressional candidate for Texas Republican in 2014 in which she challenged incumbent Congressman Pete Sessions but she was defeated in the campaign with 36 percent of the votes.

Later that year, she became the spokesperson for the Tea Party leadership fund. After being selected for Trump’s campaign, she appeared on several television shows, and currently, she is seen as one of Trump’s staunchest defenders against his controversial notes and comments.

In 2014, Katrina received $76,000 in campaign contributions and her salary is expected to be very high. Her estimated net worth is 500 thousand dollars but her salary is unknown.

Is Katrina Pierson involved in any rumors and controversies?

Pierson was arrested for shoplifting at the age of 20 and it was reported that she took $168 from a J. C. Penney store in Texas. Once she said that she has learned a lot from her mistake and that mistake helped her make her life better.

In 2016, she was rumored of dating Ted Cruz but the news was not confirmed.

Moving towards her body measurements, Katrina Pierson has a good height of 5 feet 5 inches(1.68m) and weighs 53kg. She has a black hair color and her eyes are also black.

You may also like to read Fatima Bhutto, Anastasia Deeva, and Shane Smith.