Katrina Stuart is a Canadian singer. She is currently in a relationship. 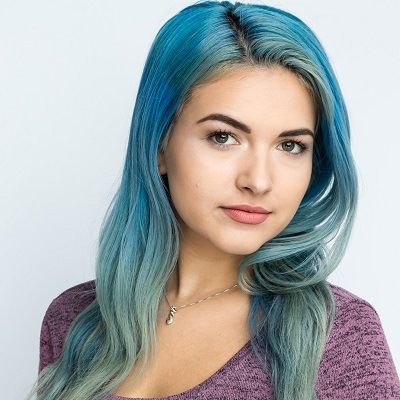 What is the relationship of Katrina Stuart?

Katrina Stuart is dating YouTuber Sam Golbach. The couple started having an affair from the year 2015.

They are often seen collaborating on each other’s videos.

Who is Katrina Stuart?

Katrina Stuart is a Canadian singer, who is best recognized for creating and posting covers of songs sung by popular artists like Beyonce, Maroon 5, and Gwen Stefani on a self-titled channel on YouTube.

Likely, Stuart is a model and actress too who has appeared in short films as well as magazines and TV commercials.

Katrina Stuart was born on September 20, 1999, in Toronto, Ontario, Canada and she is currently 19 years old. Her father’s name is Doug Stuart and her mother’s name is Darla Stuart (Designer/Home Stager).

There is not much information about her and her father and mother.

She has two siblings namely, Taylor Stuart and Chantale Stuart. Katrina holds Canadian citizenship, but her ethnicity is unknown. Her birth sign is Virgo.

Katrina Stuart began playing the piano at a very tender age. By the time she was ten, she had started playing the guitar as well.

At this point Katrina began to perform at a variety of events and places, such as talent contests, schools, and her local church, earning invaluable performing experience. She then moved to Los Angeles to pursue a professional singing career.

In the year 2011, she appeared in a short film titled ‘Patch Town’ in which she played the role of Bethany Frank. In the same year, Stuart created a self-titled channel on YouTube and began sharing her covers and music videos on it.

Her first cover was of Katy Perry’s hit song ‘The One That Got Away. After this, the Canadian beauty went on to create more covers of other popular artists, such as Maroon 5, Beyonce, Gwen Stefani, and Shawn Mendes, to name a few.

Soon she began to gain fame and her channel managed to attract a decent number of subscribers.

During this time, Stuart also joined Vine and Musical.ly (now known as TikTok) and started sharing her music content on these apps as well. Within a few years, she became moderately popular.

Besides her covers, Stuart has also released a few original songs, such as “Not Gone” and “Right Now”. In 2017, she released a music video titled “All in”.

As of 2022, Katrina Stuart has an estimated net worth of around $550 thousand and she has earned that sum of money from her professional career.

Her hair color is dark brown and her eyes color is blue.

Also get to know more about Nelly Furtado, Shania Twain, and Louise Burns.