Katy Perry is a multiple award winning singer, songwriter. Katy is engaged and a mother of one.

Katy Perry is engaged. She has been in the relationship with Orlando Bloom from 2016. This couple got engaged after three long years of dating.

They exchanged rings on Feb 14, 2019, and the news was announced by themselves through social media. Katy is expecting a child with Bloom.

Update: Katy and Orlando became the parents of their daughter Daisy Dove Bloom. Daisy was born on 26 August 2020. Moreover, she was featured in Katy’s song Never Worn White.

Prior to this, she was in a relationship with Russell Brand for several years. They got married in 2010. Perry couldn’t continue her relations with Russell and they got separated after two years in 2012. 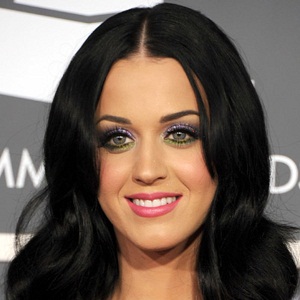 My personality is up and down, sassy and cheeky

I don't need the Prince Charming to have my own happy ending.

Who is Katy Perry?

Katy Perry is an American singer and songwriter. She is mainly popular for her third album titled Teenage Dream which was released in 2010 which featured five songs that topped the U.S. Billboard Hot 100.

She is one of the leading singers in the U.S.A. and has made a respectable position in the musical field.

Perry was born on 25 Oct 1984, in Santa Barbara, to Pentecostal pastors Mary Christine and Maurice Keith Hudson. Her nationality is North-American and belongs to English, German and Irish ethnicity.

She was raised up by her parents in a friendly and in a musical environment. As her father is a pastor, Parry was highly encouraged by him to secure her career in the singling field and she was also interested and dedicated. During her childhood, she sang in the church.

At the age of 15, Katy Perry left Dos Pueblos High School to pursue a musical career. She briefly studied Italian opera at the Music Academy of the West in Santa Barbara.

Perry recorded her debut album titled “Katy Hudson” and released it on March 6, 2001. Although she received positive responses and fans and viewers for her debut album but was commercially unsuccessful.

Her breakthrough album was “One of the Boys” which includes hit songs titled “I Kissed a Girl” and “Hot n Cold.” The same album made her win the award for’ Best New Act’, and ‘International Female Solo Artist’.

Her successful and third album titled “Teenage Dream” was released in 2010 which featured five songs that topped the U.S. Billboard Hot 100.

She is currently judging one of the greatest shows the American Idol with Lionel Richie and Luke Bryan.

Her estimated net worth is about $330 million. Her salary is $25 million. She is very popular in her career and has earned lots of fame and fortune. She is living a lavish life.

Perry often used to be a topic of rumor relation to her several past relationship statuses and affair case. Currently, she is not associated with any desperate rumors.

However, in early 2017, when she split from Orlando, she felt suicidal. However, they sorted this out in that year only.

Beautiful Katy Perry has an average height of 5 feet 8 inches and a weight of 61 kg. She used a bra-sized 32d and shoe size 8 (US).