Katy Perry is engaged to her boyfriend Orlando Bloom! Look at the engagement ring!

Posted by MarriedBiography Posted on February 15, 2019 | In Dating , Relationship
Share this 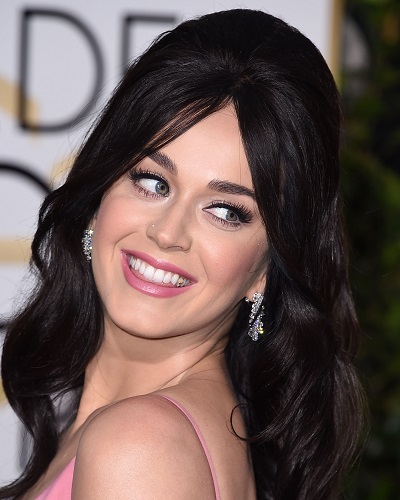 American singer Katy Perry, 34 is engaged. She accepted the marriage proposal from her boyfriend Orlando Bloom. She confirmed the news on her Instagram.

Katy Perry posts a picture of her engagement ring

Katy Perry confirmed on her engagement by posting the news on her social media. She uploaded on her Instagram the picture of her with her boyfriend-turned-fiance Orlando Bloom. The picture clearly showed her new sparkler as well. She captioned this picture:

The engagement ring looked fabulous on her finger. It has a colored center stone and surrounding it, there are several diamonds. Orlando Bloom also shared the same picture but with a different caption. He wrote:

Orlando proposed to Katy on Valentine’ day. It looked like he had made the proposal a rather special and romantic one for Katy. In the background of the photo of the couple, there were several heart-shaped red balloons.

Katy Perry’mother Mary Hudson was, of course, happy for her daughter. She uploaded several pictures of the great day on her Facebook. There was a huge heart-shaped floral arrangement in one of the photos and the couple could be seen cuddling each other underneath it. Happiness was in the air!

“Look who got engaged last night,”

Katy Perry was well-dressed for the occasion. She was wearing a stunning, pink-colored gown and it was designed by Alessandra Rich. Katy’s ears were covered with heart-shaped earrings.

Katy Perry and her double happiness

The great news came just after she released her new song called Zedd 365. So it is double happiness for the couple. Just a few days back, Katy had revealed that she is going to marry. She had said to PEOPLE magazine:

“I’m very pragmatic and logistical and I am less fantastical about things. I mean, I was married when I was 25. I’m 34. It was almost 10 years ago. I was like, ‘One person for the rest of my life,’ and I’m not so sure that that idea is for me. I’m just such a different person than I was.”

Katy and Perry had begun dating in early 2016. They were seen getting cozy in the after party of the Golden Globe Awards in January 2016. Later in February 2016, they were on a Hawaiian vacation together. An insider had also revealed at that time:

“Katy likes how down to earth Orlando is. They seem to be getting serious and are an official couple. She calls him her boyfriend.”

The couple then left for Orlando’s native place in England. Later they were spotted on San Ysidro Ranch in Santa Barbara which is Katy’s hometown. They attended the wedding of stylist Jamie Schneider together. Later they had another romantic getaway to Southern Italy. But in 2017, they separated. but reunited the same year-end.

Katy Perry is an American singer and songwriter. She gained popularity for her third album titled “Teenage Dream” which came out in 2010 and featured five songs that topped the U.S. Billboard Hot 100.

She is one of the leading singers in the U.S.A. and has made a respectable position in the musical field. More Bio…

Singer Myleene Klass is expecting her third baby! Who is the child’s father?
Tags : Singer Songwriter