Updated On October 12, 2022 | Published By: Gracie Hale | In Married , Relationship , Wedding
Share this 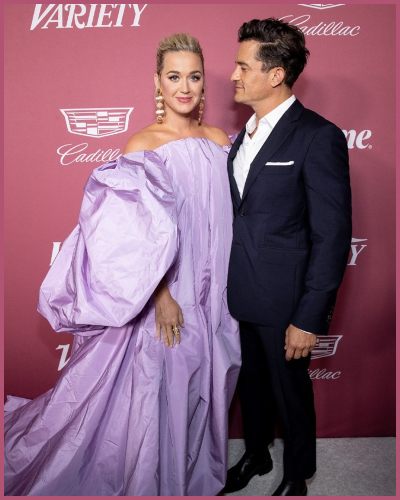 We will soon have a newlywed couple in town!

Katy Perry is all set to say “I do” to her fiance Orlando Bloom. After more than three years, the couple, who got engaged in 2019, is finally getting ready to walk down the aisle.

The 37-years old Pop singer recently made an appearance in season 3 of The Drew Barrymore that aired on Thursday, September 14. Perry is shown in the episode discussing a big celebration, presumably her upcoming wedding.

“There’s still a plan but the location is challenging. I love a big celebration. I am all about big, fun, exotic, great celebrations. So, hopefully, soon.”

Also read Katy Perry Pregnant; Her Fiance Orlando Bloom Gushes About Her And Their Unborn Babies!

The beautiful couple is already parents to two-year-old daughter Daisy Dove Bloom, who was born in the year 2020.

This isn’t the first time Perry has spoken out about her wedding. The two had originally intended to get married in December 2019, but they postponed because of the location.

The couple is reportedly arranging two ceremonies at different venues at that time. A source confirmed to Us Outlets,

Similarly, three months after the wedding was postponed, new plans for the nuptials were made. According to PageSix, the couple had been considering a small wedding in Japan in June.

Following the coronavirus pandemic, numerous weddings were postponed globally. In a similar vein, Perry said at the time that she and Bloom wouldn’t get hitched this year.

Also read All We Need To Know about Katy Perry and Miranda Kerr’s Friendly Relationship!

Katy Perry is an American singer and songwriter. She is mainly popular for her third album titled Teenage Dream which was released in 2010 and featured five songs that topped the U.S. Billboard Hot 100.

She is one of the leading singers in the U.S.A. and has made a respectable position in the musical field. See more…