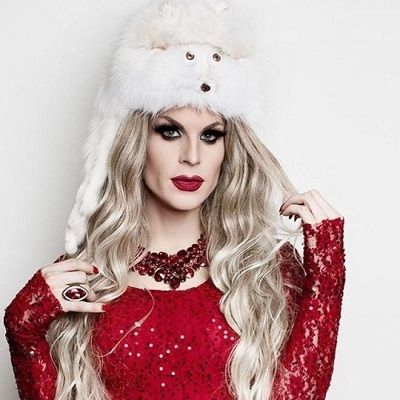 “Hi, my name is not Katya. I am Brian, a recovering drug addict, and workaholic. I need to take some personal time for my mental health to heal and recover.”

”All of my tours and shows will be postponed until 2019. Local venues will provide an update over the next several weeks.”

”My name is Yekaterina Petrovna Zamolodchikova but you can call my Katya… and I’m just your average run-of-the-mill Russian bisexual transvestite hooker.” ”Don’t meet your heroes. There’s a great saying – expectations are premeditated resentments.”

“The most basic, most rudimentary spiritual need of the Russian people is the need for suffering, ever-present and unquenchable, everywhere and in everything.”

He currently resides in Los Angeles, California. In his spare time, he stays active across many of the most popular social media platforms, including his official Instagram and Twitter accounts.

Who is Katya Zamolodchikova?

Recently she announced her 2020 Europe Tour via Instagram on December 2, 2019.

Katya was born Brian Joseph McCook on May 1, 1982, in Bolton, Massachusetts, USA. She is of Irish ancestry and was raised in a Catholic family.

Katya has an older brother and a younger sister.

Then she attended Boston University for one year and later transferred to Massachusetts College of Art and Design, Boston. There Katya studied performance and video art in the Studio for Interrelated Media program with a Minor in Psychology.

Katya auditioned for RuPaul’s Drag Race on Logo Tv four times before being chosen to participate in season 7. She was eliminated in episode 11 but became very popular among viewers. During the Season 7 reunion, she was voted Miss Congeniality by fans.

On June 17, 2016, Katya was announced as one of the cast members on the second season of RuPaul’s Drag Race: All-Stars and stood as runner up.

In addition, she has appeared in Gay for Play Game Show Starring RuPaul, Playing House, The Trixie and Katya Show, America’s Next Top Model, Room 104, Tales of the City, and Help Me, I’m Dying.

She co-hosted a web series on the World of Wonder YouTube channel called UNHhhh, Fashion Photo RuView, Runway Rewind, and I Like to Watch.

Katya made her acting debut in the 2016 short movie Redmond Hand, Private Dick. She then appeared in Sebastian, Hurrican Bianca 2: From Russia with Hate, The Quite Room, The Queens.

The drag queen Katya is featured in songs; “Drag U”, “12 Days of Christmas”, “Read U Wrote U”, “Merry Christmas, It’s Whateva”, “Bossa Nova Christmas in Outer Space”, and “The Night Before Contact”.

Katya’s net worth is $1 million US.

Katya has Hazel eyes with brown hair. She is 5 feet and 9 inches tall and weighs around 66 Kg.

You may also know about net worth, early life and body measurement of Bianca Del Rio, Carmen Carrera, Miss Fame, and Adore Delano.