Updated On November 15, 2022 | Published By: Parikshit Gurung
Share this
Divorce 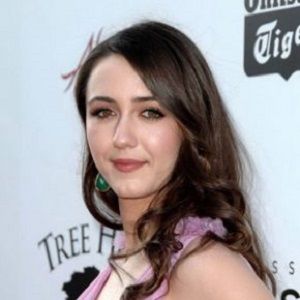 What is the relationship of Kay Burley?

As per her relationship, she has been through marital relationships twice. She was not only wed twice but divorced both of her ex-husbands.

She married for the first time when she was 19 years old with Steve Kutner. With her ex-husband Steve Kutner, she has one son named Alexander Kutner.

Later, she tied the knot with George Pascoe-Watson, The Sun’s political editor. But due to some differences, the couple divorced in the year 2009.

As of now, Kay Burley is divorced and perhaps looking to find a new life partner or at least be in a relationship.

She is residing in her five-bedroom apartment located on the North-West side of London.

Who is Kay Burley?

Kay Burley is a famous British personality who is well known across the globe for being an immaculate presenter and television newsreader.

The presenter is further known for working on Sky News as a news anchor since 1988.

Apart from all, she also has set a name for hosting live television for hours more than any other presenter.

Kay Burley was born on 17 December 1960, in Wigan, Lancashire, England. Her nationality is British and her ethnicity is English.

She spent her childhood in a place called Wigan, a town in Greater Manchester, England. Her parents are no more.

She said in an interview that her childhood was full of love. She was born in a middle-class family so she said that her parents did not have money but they were so loving and amazing parents.

Likewise, it’s not known where she did her early education plus completed her graduation. As per the reliable source, she had a vested interest in reporting.

Thus at the age of 17, she first got exposed to a reporting job at Wigan Evening Post and Chronicle.

Kay Burnley’s first recognizable career was on BBC local radio and TV as a reporter and frequent newsreader. She then began presenting TV-am’s first hour covering another reporter Anne Diamond during her maternity break.

Her career then entirely shifted for the better when Andrew Neil was recruited for Sky Television in 1988.

Since joining the channel, she covered Sri Lanka regarding the post-2004 Indian Ocean earthquake.

In 2005, she held a prominent role in bother General Election and the wedding of Camilla Parker Bowles and Prince Charles.

Her most popular news has been the Christmas morning coverage on Sky News.

She also took away to Sunday Mirror in search of advancing her career as an occasional contributor in Sunday Mirror and Channel5’s news bulletins.

Later she joined LBC Radio to present a show on 23rd March 2014.

While she hasn’t revealed her actual net worth but it is certain to say her wealth has quadrupled in recent years.

It seems like Burley has been through more controversies than being with guys. As part of the September 11 attacks, she claimed the entire United States’ eastern seaboard was decimated by a terrorist attack.

In 2012, she was accused of insensitivity after flashing the news of the probable death of a missing 5yr old boy.

She has a good height of 5 feet 4 inches and her weight is about 52 kg. She has golden brown hair color and her eye color is blue.

Also get to know more about the birth facts, education, career, net worth, rumors, height, and social media of different personalities like Julie Banderas, Sandie Rinaldo, and Amanda Lang.