Kayce Smith is a sports broadcaster, reporter, and host. She is possibly single. 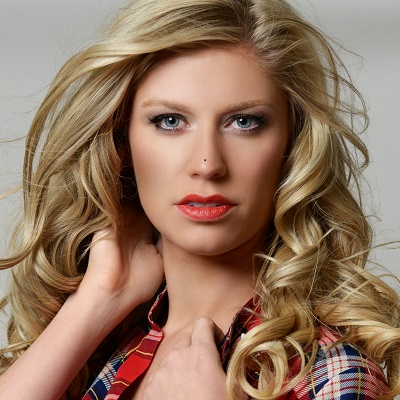 Kayce Smith’s relationship status is currently single. There are rumors of Tom-Kayce or Harry-Kayce sightings. But it is just that.

Now her relationship with fans is another thing. Some of her fans tweet her as cute, sharp-sensed, and anything else in the most flowery terms.

Who is Kayce Smith?

Kayce Smith is a popular American Sports Broadcaster and TV and Radio Host. She is a reporter and is currently located in New York. She is now employed by Barstool Sports as a sports broadcaster.

She is a Melanoma cancer survivor.

Kayce Smith was born on 25th October 1988 in Texas, United States, to parents the Ron Smiths. But her mother’s name is not known.

She has a younger sister, Ally Elaine Smith. The family is Caucasian of ethnicity.

Kayce grew up in Arlington, Texas, and then graduated from Texas A&M University, Texas, USA.

Kayce Smith began her career as an Analyst and Radio Host at her University’s blog and news resource; “TexAgs”. Soon in 2014, she became a sideline reporter at Fox Sports and covered college football, basketball, and gymnastics.

Kayce is a BarstoolSports since 2018. Besides hse frequently appears on local, regional and national shows, such as ‘SiriusXM College Sports Nation’ and Fox Sports’ Outkick The Show.

This host’s estimated net worth is between $800 k – $1 million and her earnings as a sportscaster is approximately $84,224 US.

One day Kayce was watching her favorite Texas A&M. Her team lost was so upset that she ripped her jacket on the cold night of October. Her reaction shocked others in the stadium.

However, one spectator had a different reaction. She noticed a white spot on her back and notified Kayce.

Kayce too had mistaken it for a birthmark which in reality was a stage 1 melanoma – a type of skin cancer. It was in its early stages and the timely diagnosis was able to contain life-threatening cancer on time.

Now she back to where she belongs- a sportscaster now and forever!

Watch Kayce in an interview and answering a controversy that accused Barstool Sports of being a misogynist.  Check it out!