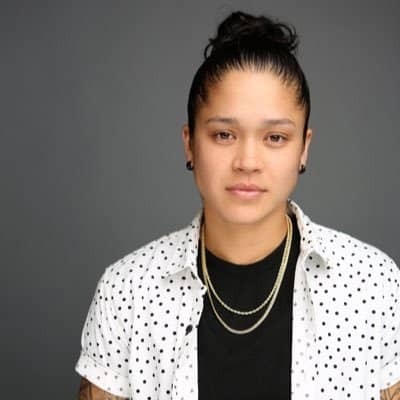 Kaycee Clark is openly lesbian and is currently in an affair. She is dating a girl named Tayler Jimenez.

Who is Kaycee Clark?

Kaycee Clark is an American TV personality. She is popular for winning the 20th season of Big Brother.

In the universe of Big Brother, she is the first openly gay female contestant.

This star was born as Kaycee Noelle Clark on 26 Dec 1987, in San Diego, California, the United States. Her ancestry is Filipino as her mother is from the Philippians and her father was a navy.

About her academic background, she has attended Sparks High School. But in the early days, she worked as a teacher and also at Smart & Final Warehouse for 11 years.

Kaycee is a sportsperson as she has played football for the San Diego Surge team. She used to play as a wide receiver. But her fame rose after she appeared as one of the contestants in Big Brother, a reality show.

She was seen in season 20 which was aired in June 2018. After staying for 99 days, she won the competition. Tyler Crispen became the runner-up. The other participants were Angela Rummans, Brett Robinson, Haleigh Broucher, Faysal Shafaat, Rachel Swindler, and more.

This star is doing great in her career and is not surrounded by any scandals or rumors.

This reality TV star has an estimated net worth is $500 US. However, her salary and other earnings are not published in any sources.

But a TV star receives an average salary of $40k.

Talking about Kaycee Clark’s body features, she has dark brown colored eyes and black hair. Additionally, she has an average body length of 5 ft 10 inches and a mass of 60 kg.

Her both hands have tattoos.

This TV star is also available on other social sites. Her Instagram account is followed by over 388k followers and she has posted around 574 times. She is also following over 880 people on this platform.

To read about Jenna Brown, Joe Gorga, and Mike Sorrentino please click on the links.