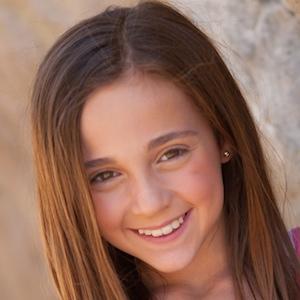 Kaycee Rice is too young to be in a relationship with someone.

Who is Kaycee Rice?

Kaycee Rice is a 19-year-old American dancer. She is famous for being a guest dancer for Candy Apple’s Dance Center in the fifth season of Dance Moms.

She gained notoriety through her YouTube channel with videos of her dancing as an 8-year-old.

Kaycee Rice was born on October 21, 2002, in Los Angeles, California, United States. She grew up with her sister Kylie and her brother Devon.

There is no information about her parents. Her mother created her YouTube channel in January 2010. She is an American by nationality but her ethnicity is undisclosed.

She began dancing when she was just four years old.

Kaycee Rice began dancing as a competitor when she was five years old. She became popular posting short videos on her YouTube account. In 2013, Katy Perry tweeted her WERK video, which turned into an overnight sensation. Her video for the song Cooties reached over 900,000 views after four years. She has over 228 k subscribers on her YouTube channel.

Kaycee participated in America’s Got Talent with partner Gabe de Guzman in 2014. She also appeared as a guest dancer for Candy Apple’s Dance Center in the fifth season of Dance Moms.

Kaycee was part of the 2015 Super Bowl XLIX halftime show, at one point sharing the stage nearby Katy Perry and Missy Elliott.

At Thunderstruck’s 2015 International Finals, Kaycee was Teen Miss Dance Icon and as the highest-scoring Title winner. She was also the Grand Title Champion. Rice is a member of the ill beasts dance crew.

Her net worth and salary is unknown.

Currently, there are no desperate rumors regarding her personal and professional life. It seems she is doing the best job without harming others for which she hasn’t been a part of controversy yet.

She has a YouTube channel that has more than 214k subscribers.