Actor Kayden Boche is low-key about his love affair. 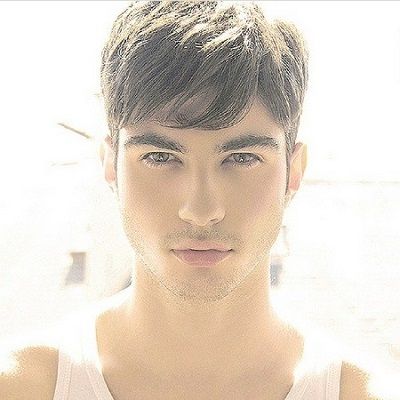 Kayden Boche is currently single. Also, he has not been linked with anyone in his life. He is currently focusing on his career rather than being in a relationship. Hope, he will soon find the perfect one.

Who is Kayden Boche?

Kayden is a French showbiz personality who has made his mark in the world of entertainment as a model, actor, songwriter, music producer, cinematographer and film director. Likely, he is best recognized for featuring alongside supermodel Daphne Groeneveld in Christian Dior’s Dior Addict fragrance campaigns ‘Be Iconic’ and ‘Eau Délice’.

Kayden Boche was born in the city of Brest in France on June 3, 1985. His father’s and mother’s name is unknown. His mother died at the age of 33 just after three weeks after giving birth to his younger sister. He was then raised by a foster family.

He has a sister, but her name is unknown. Kayden holds French citizenship, but his ethnicity is unknown. His birth sign is Gemini.

Talking about Kayden’s education history, Boche completed his high school graduation and in the following year, he launched his international modeling career. He furthered his studies and graduated in marketing and communications studies.

Over the years, he has also walked the ramp for other noteworthy designers like Christian Dior and Prada. In the course of his career, Boche has collaborated and posed for many other imminent photographers. Some of them are Olivier Rieu, Quentin Caffier, Matthieu Dortomb, Julien Cozzolino, Sam Scott Schiavo, Bruna Kazinoti, Michael Baumgarten, Joe Laï, Marcelo Capizzano, and Marc Hervouet. According to Boche, he owes these talented photographers his best photographs as also his career as a model. He has also featured in editorials for Vogue, Spray Magazine and Jalouse.

He wrote, directed and produced the commercial ‘Rise & Shine’ in 2016. It starred Bérangère Griscelli. The Wendy Williams created and hosted American syndicated infotainment talk show ‘The Wendy Williams Show’ featured Boche in episode 46 from season 10 of the show. During 2018, he wrote, directed and produced as also starred in the commercial ‘Oblivion’. Whereas, from January 2019, Boche became associated with TLDR News UK as an executive producer.

Talking about his salary and net worth, he earns a decent amount of salary. There is no information about his net worth.

Kayden Boche has a height of 5 feet 3 inches and his weight is 70kg. His hair color is brown and his eye colors are Hazel, green, and yellow. Furthermore, his shoe size is 11 (US) and body measurement is 38-30-34 inches.