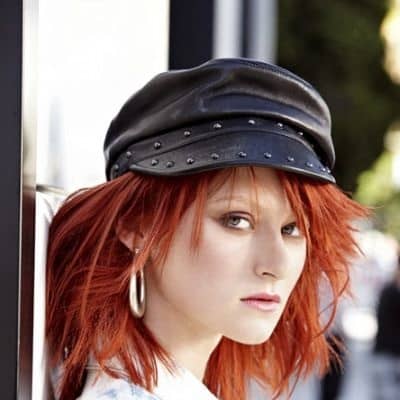 Kayla Ferrel’s current relationship status is possibly Single. She is openly a Lesbian.

Kayla has not yet disclosed her private life. So, the information regarding her past romantic relationship and present boyfriend or girlfriend is concealed.

Who is Kayla Ferrel?

Kayla Ferrel is a Fashion model. She is best recognized as the contestant of the 15 seasons of America’s Next Top Model.

Kayla was born on October 20, 1990, in Rockford, Illinois, United States. She holds an American nationality unfortunately her ethnicity is unknown.

The model keeps her personal life private so, she hasn’t yet disclosed the identity of her parents including her father, mother, and siblings.

Nevertheless, she grew up with a single mom but didn’t have much in terms. Until she was 13 years old, she slept on a sleeping bag on the floor, while her mother and her lover were huddled on the bed. So, it concluded that she hasn’t had the best childhood.

Similarly, her academic background is still under the wrap.

Before appearing in the tv show competition “America’s Next Top Model” Kayla worked as a waitress at a local cafe.

At the age of 19, she joined the American Top Model project and became the second lesbian who participated in the show in 2010. In the show, she placed up to the final along with Chelsey and Jane.

Similarly, she returned to Cycle 17: All-Stars in 2011. The Judges had high expectations towards her but she eliminated in the seven episodes of the show along with Bianca.

Furthermore, she has signed with Donna Model Management in Japan and also features in the magazine called Zouch.

Kayla stays far from the media and sorts of criticism and scandals that create a headline in the media.

So, she isn’t available in such rumors and controversy. However, she was raped at the age of 11 and then suffered from psychological trauma.

As of 2019, she earns an estimated net worth of $50 thousand- $2 million. However, her actual salary is still under review.

The Model has a decent body type and stands at the height of 5 feet 9 inches tall and her weight is not available. She has a stunning black color of pair of eyes and her hair color is brown.