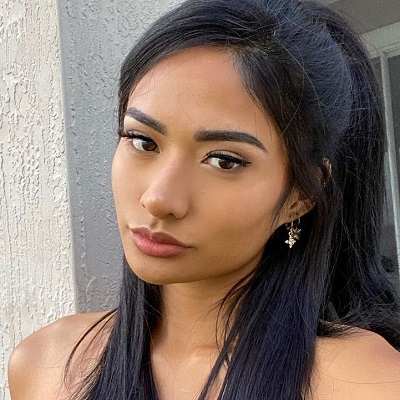 Kayla Kosuga is in a relationship with Elijah Gomez. Her boyfriend is an Instagram Star.

Last, on 3rd November 2020, the couple shared that they as expecting their first child.

Also, she happens to be the brand ambassador of Zaful swimwear.

Kosuga was born on 24th March 2001 in Maui, Hawaii. She is of British-Irish ethnicity.

She is the second child to her parents; Aidel (father) and Keola Kosuga (mother). She has a younger sister, Tiara, and an elder brother, Noah. At the age of 14, she migrated from Maui to Jacksonville, Florida along with her family.

Moving towards his academics, she is a High School graduate. On the 31st May 2019, she graduated from the Sandalwood Senior High School.

She created her YouTube channel on 15th June 2015. However, he started posting videos on her channel on the 5th of August 2016 with her first video, Back to school outfit ideas. The very first YouTube video earned over 150k that inspired her to make such videos.

Moving forward, started uploading some videos including Room Tour, My Morning Routine, and What’s On My iPhone 7 +plus. In 2017, she started vlogging for her channel. Her very first vlog, Back To School Shopping Vlog. Following that, her second vlogging than over 1 million views that her previous video.

In 2018, she started uploading videos on the fashion sector. As of now, she has over 1.05 million subscribers on the channel. In the year 2019, she created her second YouTube channel along with her boyfriend, Elijah Gomez.

The channel’s first video, MY BOYFRIEND *ATTEMPTS* TO DO MY MAKEUP went viral with over 149.1k views. As of now, the couple has uploaded seven videos where the couple has shared their makeup videos. On the channel, they have 97.6k subscribers with more than 1.8 million views.

Kayla Kosuga has black eyes with black hair. She stands at a height of 5 feet 3 inches and weighs around 58 kg.