Updated On November 22, 2022 | Published By: Sylvester Deanda
Share this
Married 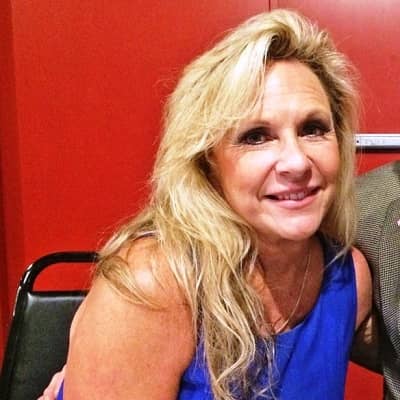 What is the relationship of Kayla Moore?

Kayla Moore is happily married to her soul Roy Moore, the couple who’s been married for over three decades on an interesting journey of love.

The two crossed paths for the first time in December 1984 while hosting a Christmas party in Etowah County. Their story is not one of love at first sight, since things did not pick up until they met again almost a year back.

After dating for about a year, Kayla was sure that Roy Moore was the special guy she wanted in her life, and so the lovebirds exchanged their nuptial vows on Dec. 14, 1985.

The family-oriented couple has three sons. They welcomed their first child, Ory, in July 1987, the second Caleb, born in 1990, and the last Micah, born in 1993.

This was Kayla’s second marriage. Her first marriage was with John Charles Heald, whom she married in June 1982.

Together, Kayla and Charles had a daughter, Heather, but after three years the pair had formally split. Kayla’s ex-husband died in 2002.

Roy took Heather as his daughter during her second marriage. A religious lady, a mother, and a grandma, Kayla Moore, and her husband Roy raised their four children in a Religious household

Who is Kayla Moore?

Kayla Moore is a political activist from the United States.

She is the president of a socially conservative legal advocacy organization called the Framework for Moral Law.

She is Roy Moore‘s wife who voted for him in Alabama in the 2017 Senate special election.

Kayla Danette Kisor was born on April 26, 1961, in Alabama. She is Mack A. Kisor (father) and Dell McDonald Kisor’s (mother) daughter.

She was born and raised in Etowah County, according to Kayla’s public records Kay Kisor.

In which school did Kayla Moore attend?

Kayla is a graduate of Southside High School in Etowah County, Alabama. She worked as a bookkeeper for the Parker Music Company in Gadsden during school.

Kayla attended both Jacksonville State University and the University of Alabama until graduation.

She managed to show her hard work ethic when enrolling in college as a bookkeeper for a number of her father’s stable and successful small businesses.

She began her career as a model and was the second runner-up to ‘Miss Alabama US Teen.’

In 2009, she began a small business of her own, ‘KDM Marketing Group.’

In 2013, she became President of the Foundation for Moral Law in Montgomery, Alabama, following her husband, who was re-elected Chief Justice of the Supreme Court of Alabama.

Her entire family is spiritual and part of the First Baptist Church in Gallant, Alabama.

How much is the net worth of Kayla Moore?

The marriage of Kayla and Roy Moore has not been without its own highs and lows.

After her husband declared his intention to run for the Senate, several Alabama women accused Roy of assault and sexual relations with them when they were teenagers and Roy was in his thirties.

While Roy fiercely refused the accusation, his greatest supporter is still his wife. According to Kayla, whose husband can do no wrong in her eyes, he is equal to God, the kindest and most gentle guy ever, far from the bottom.

In 2015, former President Barack Obama called him a Muslim and said, “Obama the Muslim, His Own Words.” While this video distanced her husband, it left the Republicans feeling disappointed.

In 2016, in a news story, she posted an op-ed for the website of Alabama Local News, in which she supported then-Texas Senator Ted Cruz for the U.S. presidency, and wrote that she could “trust” him to appoint conservative Supreme Court judges while criticizing the judgment of the Supreme Court made under Obamacare on same-sex marriage, calling it “lawless.”

She opposed the selection of the U.S. In 2016. Col. Kristin Goodwin of the Air Force Academy Commandant for Cadets as she was Homosexual.

She’s got a pretty blue eye color, and her hair is blonde.

36-27-36 inches is her body measurement. She is partially deaf and depends on reading speech, but her ability to communicate is excellent.

Kayla is not active on social media but has a Twitter account ‘@kaylamoor’ handle that has over 115 followers and 2,346 tweets, but the tweets are protected and can only be accessed by those permitted by Kayla.

Her favorite movies are Heaven Is For Real, Alone Yet Not Alone, Persecuted, Captive, The Godfather Alan Jackson is her favorite singer.

And her Favourite Restaurant is The Italian Café Ragazzi, Gadsden.

Some Interesting Facts About Kayla Moore

Horse riding is her hobby.

Kayla won the fight against cancer when she was 13 months old.

Due to the amount of chemotherapy, her capacity of hearing in both ears is just 40%.