Kayla Radomski seems to be in a romantic relationship with a mysterious person whose name is not revealed. As for now, she is happy with the man and both are enjoying their company. Furthermore, there is no news about their engagement or marriage. 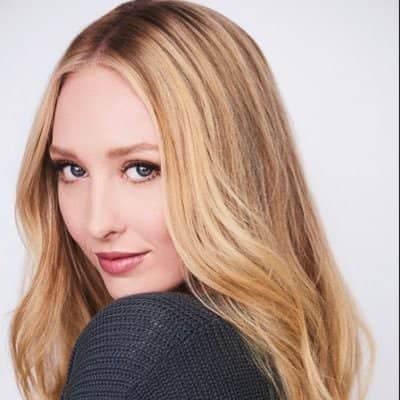 Who is Kayla Radomski?

Kayla Radomski is an American Tv Star and film actress and dancer. She is known after appearing on the Tv Series Chasing 8s from 2012-2013 as Sheila.

Moreover, she also appeared in the dance reality TV show ‘So You Think You Can Dance‘. Currently, she is filming as Silver in the upcoming film, Dawgtown.

There is no information on her parents, relatives, and siblings. She was interested in dancing since a tender age. Radomski started dancing at the age of 2 and competed for dances while she was 7 years old.

She is of American nationality and her ethnicity is unknown. Her birth sign is Capricorn. She has not disclosed the information about her education.

Talking about her career, she participated in the popular dance TV show, So You Thought You Can Dance in the year 2009. She stood the fourth position behind Jeanine Mason, Brandon Bryant, and Evan Kasprzak in the dance reality TV show.

In 2010, she appeared in the tv series Glee as Cheerio. She played small roles in the movies such as Footloose, The Campaign, and Neil’s Puppet Dreams. However, she gained fame when she appeared on the TV series called Chasing 8s in 2013. Some of her notable films are Teen Beach 2, At the Chalk Bowl, Blood Relatives, Tomino’s Hell, and More Beautiful for Having Been Broken.

She has not won any awards but stood the fourth position behind Jeanine Mason, Brandon Bryant, and Evan Kasprzak in the dance reality TV show ‘So You Think You Can Dance’.

Of all her brand endorsement, reality TV shows, and films, she has an estimated net worth of around $2 million.

Kayla has never faced any rumors or controversy regarding her personal or professional life.

Kayla Radomski has a decent height of 5 feet and 7 inches and weighs moderate. Furthermore, she has blonde hair and hazel color eyes.

As a reality TV star and actress, she has been followed by her fans and is well-wisher on social media platforms. She has over 4.8k followers on Twitter and over 17.5k followers on Instagram.