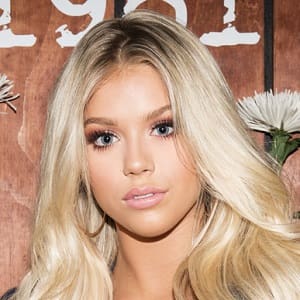 What is the relationship of Kaylyn Slevin?

Kaylyn Slevin is currently in a relationship with Mycah Pittman. Pittman is a wide receiver and younger brother of USC WR Michael Pittman.

Who is Kaylyn Slevin?

Kaylyn Slevin is an American actress and dancer. People mostly know her for playing Beatrice in the popular television series ‘Chicken Girls.’ Additionally, she is the winner of 2017 ‘Miss Malibu Teen USA pageant.

Slevin was born in Chicago, Illinois as Tara Donna Slevin on December 28, 2000. She was born to parents Kristyn Slevin and William Slevin. As a child, Slevin was exposed to the world of acting and theater shows. She is of American nationality.

Furthermore, there are no details available about her ethnic background at present.  Kaylyn also developed a passion for dancing as a child.

Slevin initially walked the runway after being signed by FORD Models. Additionally, she also signed with Osbrink Agency for TV shows, films, and commercials. Her first major role in television was as Wiki in the TV movie ‘The Incybers in 2010.

Since then, she has appeared in numerous other movies and television series. All in all, she has over 10 credits as an actress.

Some other movies and television series that Slevin has appeared in are ‘Chicken Girls’, ‘LA Story: Calabasas, ‘Teens Wanna Know’, ‘La Story: The New Class’, ‘Breaking In’, ‘My Freakin’ Family’, ‘Shake It Up, ‘Video Game Reunion’, ‘Bones’, and ‘D.I.N.K.s (Double Income, No Kids)’ among others.

Furthermore, she has also appeared in ‘Social Animals’, ‘LA Story’, and ‘Teens Wanna Know.’ In 2016, Slevin was the runner-up at the Miss California Teen USA 2017.

Slevin has not been linked with any award nominations in her career.

Slevin has not revealed her current salary. Furthermore, she has an estimated net worth of $1-5 million as of 2022.

Is Kaylyn Slevin involved in any rumors and controversies?

Slevin has not been part of any notable controversies in her career. Furthermore, at present, there are no rumors concerning her life and career.

Talking about her body measurement, Slevin has a height of 5 feet 6 inches (1.68 m). Additionally, she weighs around 60 kg. Furthermore, her hair color is blonde and her eye color is blue.

From modeling to acting! Kaylyn Slevin and her career growth delineated!