Artist Keala Settle is low key about her romantic life.

Moreover, she has not revealed her past affairs. She is very much focused on her career as of now. 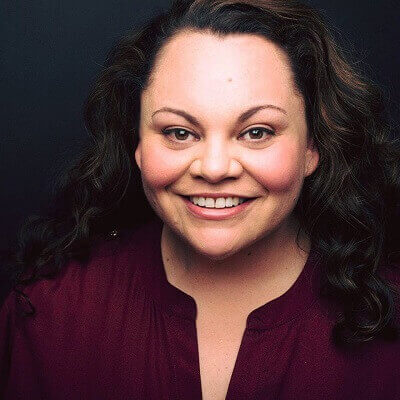 Who is Keala Settle?

Keala Settle is a Tony-nominated American actress and singer. She is best known for her work in ‘Hands on a Hardbody’, ‘The Greatest Showman’, and ‘Seasons of Love.

Her mother is a New Zealand native of Maori descent whereas her father was born and raised in England.

Her ethnicity is Maori, English, and American. Her mixed background made her unable to fit in as a child leading to a number of insecurities.

Keala Settle has been diagnosed with a rare cerebrovascular disorder known as Moyamoya disease. She lost motor functions in half of her body and suffered from a warning stroke during the rehearsals for “This Is Me.”

This led doctors to diagnose her with Moyamoya disease. On Feb. 24, she felt something going wrong in the middle of the rehearsals for her big Oscar performance.

In the weeks leading up to the Oscars, Keala had been on a non-stop promotional tour for the soundtrack of ‘The Greatest Showman’. She was experiencing a transient ischemic attack.

However, Keala Settle decided to delay her brain surgery to perform at the Oscars. She was put on anti-seizure medication and aspirin. She then delivered a performance that brought the audience to their feet at the Oscars.

On April 27, she underwent surgery to open up blood flow to the blocked side of her brain. Moyamoya is not a curable disease.

She will be taking medications for the rest of her life even though the surgery has provided her with significant stroke risk reduction.

Keala Settle has an estimated net worth of around $500k as of 2022. There is no information about her salary. An average actress on Broadway earns around $61k per year.

Keala Settle made her Broadway debut in 2011 as Shirley in ‘Priscilla, Queen of the Desert. A couple of years later, she originated the role of Norma Valverde in ‘Hands on a Hardbody’.

For this performance, she earned nominations for an Outer Critics Circle Award, a Drama Desk Award, and the Tony Award for Best Featured Actress in a Musical.

In 2014, she portrayed Madame Thenardier in ‘Les Misérables’. A year later, she appeared in the film, ‘Ricki and the Flash. In 2016, she portrayed Becky in the musical, ‘Waitress’.

In 2017, she got introduced to a global audience for her role in ‘The Greatest Showman’. It is a film musical about a circus mogul named P.T. Barnum starring Hugh Jackman.

Keala Settle was the lead in the song, ‘This Is Me’. The song was nominated for an Academy Award for Best Original Song.

Keala Settle stands at a height of around 5 feet 3 inches. She weighs around 85 kg. Her hair color is brown and similarly, her eyes are also brown in color.

Her body measurement is 43-35-39  inches. Also, she has not revealed her bra size, dress size, and other measurements.

Keala Settle has not been involved in any controversies. She has been able to keep herself away from any type of controversy and scandal.

You may also like to read the Bio, Career, Body Measurements, Net Worth, Social Media, Relationships, and more about Carvin Winans, Slade Smiley, Nick Cordero, and more.