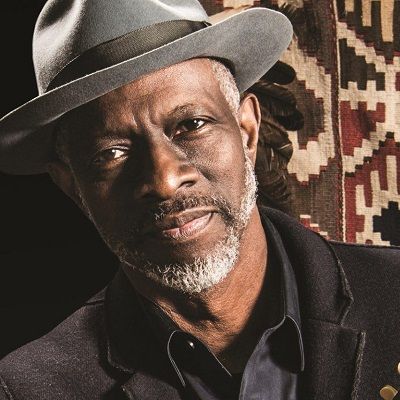 I have a clear path about what I like and what I think I am musical. I like to hold myself to the highest standard. I'm probably going to push myself further than a producer is ever going to push me.

Keb’ Mo’ is a married man. He married Robbie Brooks in the year 2006. On 12th November 2015, Keb and Robbie celebrated their 9th wedding anniversary.

Robbie is also a musician. They met at an AT&T Wireless store back in the early 2000s. She has worked at Southwestern Publishing Group in college and fallen in love with the city.

Together, they have a son K. Roosevelt.

Keb’ Mo’ is a Grammy Award-winning American blues musician. Keb’ is well-known as a living link to the seminal Delta blues that traveled up the Mississippi River and across the expanse of America.

Recently as a producer, he worked in an episode of TV series, Supernatural.

Keb’ Mo’ born as Kevin Roosevelt Moore on 3rd October 1951 in South Los Angeles, California, US. His parents originally from the deep South, Louisiana, and Texas. He has a sister Rochelle Rawls.

Similarly, his family encouraged his talents and when he reached adolescence, he became a terrific guitarist. He was raised with a great appreciation of the blues and gospel music.

Kevin started his musical career by playing the steel drums and upright bass in a calypso band. From the 1970s to the 1980s, he played in a variety of blues and backup bands.

He appeared on four albums Filthy!, Playing My Fiddle for You, I’m the Fiddle Man and Rock Father. In 1994, he released a self-titled album that featured Robert Johnson covers Come on In My Kitchen and Kind Hearted Woman Blues.

Also, he released a self-titled album with Okeh Records. It is a vintage revival division of Sony Music. In the year 1996, he released Just Like You and another album Slow down in 1998.

In the year 2004, Keb’ participated in the politically motivated Vote for Change tour along with Bonnie Raitt and Jackson Browne. He recorded the title track from the album Just Like You.

He is a part of the No Nukes group that was against the expansion of nuclear power. Likewise, in 2007, they recorded a music video of a new version of the Buffalo Springfield song For What It’s Worth.

From his YouTube channel, he earns around $5.8k US.