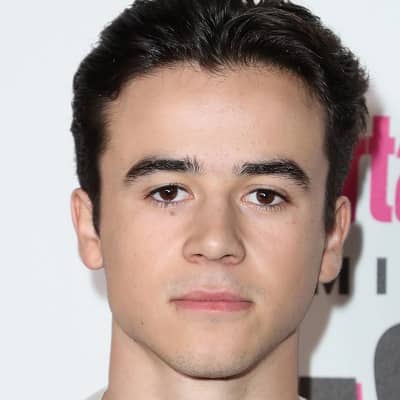 Keean Johnson is currently possibly single. He hasn’t disclosed his relationship and affair. Johnson is focusing on his career.

Who is Keean Johnson?

Keean Johnson is an American television, theatre, and film actor, and dancer. He is best known for his roles in films like Alita: Battle Angel, The Fosters, and Nashville.

This actor was born on 25 October 1996, in Colorado, the United States with the birth name Keean Manny Johnson. His father‘s name is Mark, who is British, and his mother is American.

He has a younger brother, Cade. As per academics, he is a University graduate. Johnson belongs to English, Hispanic, and American descent.

Before entering film and television, this actor used to work on plays in the theatre. Johnson has performed over 300 shows on Broadway. He is also interested in dance, music, and photography.

In 2002, this artist made a professional debut as Sam Armstrong in the short film Sam Presents as a child artist. After graduation, he starred as ‘Markie Fitzpatrick’ in the 2016 film Heritage Falls.

Furthermore, Keean played Hugo in the 2019 action film Alita: Battle Angel. Similarly, the same year, he made his appearances in Low Tide, We Summon the Darkness, and Midway.

Later, in 2020, he appeared in Cut Throat City. Between 2012-2018, Johnson played ‘Colt Wheeler’ in a recurring role in the television series Nashville from which he gained huge popularity.

Between 2013-2014, he played Adam Freeman in Spooksville. Afterward, he made a recurring role as Tony in The Fosters.

In 2016, Keean starred as ‘Ozo’ in season 2 of the teen drama web series The Guidance. The same year, he played Finn in an episode of the television series Notorious.

Since 2019, he is playing Daniel in the popular TV series Euphoria. He is doing great in his career.

The average salary of this actor is $49,923. Meanwhile, according to some sources, Johnson has an estimated net worth of $2 million.

In 2019, there was a rumor that Keean was in a relationship with renowned actress Sofia Boutella. This rumor surfaced in the media when Sofia and Johnson were spotted together in Los Angeles. Later, Johnson denied the rumor.