Keegan Allen is a renowned actor who is also also a musician and photographer. 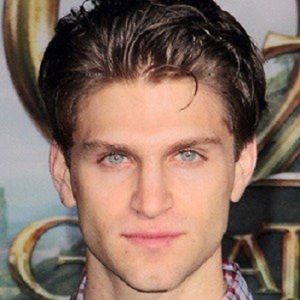 But I love to write music. What I would love to do is give some of the songs I write to someone like Taylor Swift because I feel like she could sing them

I have my dream job! As a young person training as an actor, walking on the WB studio lot is a dream in itself

I personally call one of my fans every month. I answer all of my own fan mail.

What is the relationship of Keegan Allen?

Keegan Allen is in a relationship with Ali Collier as of now. Ali is a famous model. The lovebirds started dating in April 2016. Since then they are enjoying each other’s company.

They have been seen together in several spots in the public. As of now, he is happy with Ali. And there is no news of conflicts between them. Before this, he was into multiple relationships.

He was in a relationship with Chuck Grant for 3 years and a month. They started dating in November 2012. But after 3 years of dating, he went his separate ways in December 2015.

And from 2011 to 2012, he and Skyler Samuels were in an affair for a year. Skyler is an actress. But their relationship did not last long.

Who is Keegan Allen?

Keegan Allen is a renowned actor in the entertainment industry. Additionally, he is also a musician and photographer. He is an American national.

Notably, he is famous for his acting in Pretty Little Liars. In the show, he portrayed the character of ‘Toby Cavanaugh’ from 2010 to 2017 in a total of 90 episodes. He is active in this industry since 2002.

Keegan Allen was born in California in the United States of America. He was born on July 22, 1989, as Keegan Phillip Allen. His family is Jewish.

Thus, he grew up in a Jewish family. The name of his mother is Joan Snyder. Similarly, his late father’s name is Phillip Richard Allen.

Phillip was an actor who played in Star Trek III and several other films. Keegan Allen has a Polish ethnic background. Since his childhood, photography/cinematography fascinated him.

For his education, he went to some schools. But their names are not known.

Keegan Allen is an actor by profession. Previously, he worked for National Geographic. It was back when he was thirteen years old.

In 2010, he appeared as a model in the TV show, Big Time Rush in an episode. The same year, he began portraying ‘Toby Cavanaugh as Pretty Little Liars.

He reprised the role from 2010 to 2017. Afterward, he appeared in several TV series like “CSI: Crime Scene Investigation,” “I Hate My Teenage Daughter,” and others.

In the meantime, he also acted in many television series. Some of them are The Hazing Secret, Young & Hungry, Youthful Daze, and others till 2016. Back in 2013, he also featured in a music video of Temara Melek’s song, Karma’s Not Pretty.

Presently, his salary is not available but his net worth is estimated at around $2 million as of 2022.

Keegan Allen believes in professionalism. As per rumors, he dated Shay Mitchell in 2012. Apart from that, he is free of any rumors or controversies.

He avoids any hot topics in the media. Moreover, he likes to focus on his work and perform better. Consequently, he is free from any major controversies or criticism.

While his hair is dark brown, his eyes are of blue color. His chest is 42 inches, his arms of 15 inches, and his waist of 32 inches.

Keegan Allen is active on all sorts of social media platforms.

Also get to know more about the birth facts, education, career, net worth, rumors, height, and social media of different personalities like Andy Samberg, Arlene Alda, and Spike Jonze.