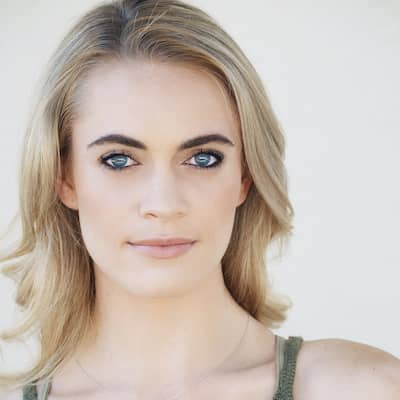 Keelin Woodell’s relationship at present is possibly single. The details of her current or past boyfriend/affair are not revealed.

However, she was seen taking pictures with a guy named Nic Thompson.

Who is Keelin Woodell?

Her short video titled Wrong Number as Stephanie is completed and will release soon.

She was born as Keelin Shea Jerard Woodell on 06 April 1990 in San Francisco, California, the USA. The name of her mother is Susan Woodell-Mascall but her father’s name is unknown.

Keelin’s ancestry is Caucasian and has a younger brother named Colin Woodell. He is also an actor.

Talking about her academics, she first attended St. Ignatius College Preparatory and passed in 2008. Then she enrolled at the University of Southern California and achieved a BFA degree in Acting.

Keelin Woodell started her acting career by appearing as Allie Fiedler in Fifth Form (2009). She then appeared in Unconditional, The 404, Travelers, etc.

Her TV roles in CSI: Miami as April Carrigan, Criminal Minds as Sarah Renfield, and Agents of S.H.I.E.L.D. as Sivian Foreman are much appreciated by the viewers.

This CSI: Miami actress is keeping herself away from rumors and is also not surrounded by any desperate scandals.

Regarding Keelin Woodell’s body features, her height is 5 ft 6 inches and her body weight is average in shape.

Moreover, her eyes are blue, her hair is light brown, and has a brown skin complexion.