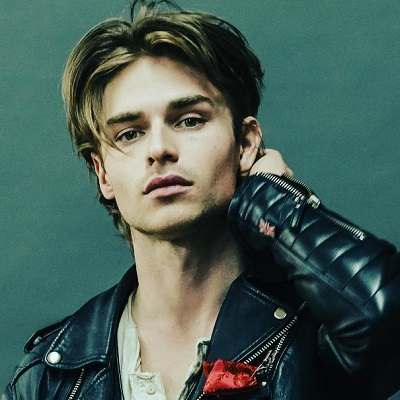 What is the relationship of Keenan Tracey?

Previously, he was in a relationship with the actress, Priscilla Quintana. The couple started dating each other in 2017.

Prior to that, he was dating the actress and singer, AJ Michalka. They started their relationship in 2014 and broke up each other in 2015.

Who is Keenan Tracey?

Keenan Tracey is an actor and musician. Tracey is renowned as Devin of Polaroid and Gunner in Bates Motel.

Last, in 2020, he made his appearance in the TV movie, A Beautiful Place to Die: A Martha’s Vineyard Mystery as Ray Norris.

Next, he will appear in the series, Day of the Dead as Cam McDermott. Currently, he is filming for the series.

What are the birth facts of Keenan Tracey?

Keenan Tracey was born on 22nd July 1991 in Canada. However, he has spent his childhood traveling to different corners of the world including South Africa, Israel, Egypt, and Amsterdam. He is of Norman ethnicity.

He is not only the actor in his family. His father, Ian Tracey is a Leo Award-winning actor and has made his appearance in more than 70 films and TV series. He happens to be the only child to his parents. Also, he shares a strong bond with his mother. Though he has not introduced her to the world.

His father, Ian is the one who has shaped him as an actor since his childhood. Since those days, he developed a keen interest in music leading him to learn musical instruments like Guitar, Piano, and Drums. Also, he happens to be a talented vocalist.

Moving towards his academics, he attended Capilano University in North Vancouver to study Motion Picture Production.

He started his professional career in 2009 with the short movie, No One Knows You Like Your Mother as Scotty Alberton.

Following that, he featured the TV series including Fringe, Duke, and A Town Called Eureka. Also, he made his appearance in TV movies like Rags: The Movie, The Hunters, and many more.

However, he got recognized as an actor with the series, Bates Motel which became one of the milestones of his career. The same year, he made his movie debut with the movie, Hell in a Handbag as Father Patrick.

In 2019, he appeared in the supernatural horror film, Polaroid based on the short film of the same name. In the movie, he portrayed the character of Devin Lane. The character, Devin became one of the famous characters in his acting career. As of now, he is focused on his upcoming movie projects.

How tall is Keenan Tracey?

He has blue eyes with brunette hair. He stands at the height of 5 and 11 inches and weighs around 72 kg with Ectomorph body type.

Talking about his appearance, he has a charming persona and oval-shaped facial features. Also, he prefers to be clean shaved.