Keenen Ivory Wayans is an actor, comedian, and writer who was seen in In Living Color. 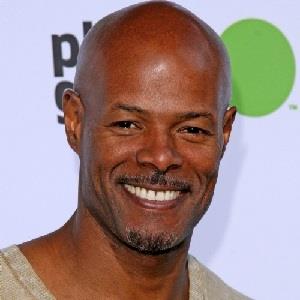 There are two phases to a movie. First you shoot the movie, and then you make the movie. Generally, post-production is longer than filming

I throw it all in there, Kung Fu, blaxploitation, horror

I put the cameras on her and told her to be obnoxious as she could possibly could be. She was.

Keenen Ivory Wayans has been married and divorced once in his life. He was previously married to the American television personality Daphne Wayans. The couple dated each other for several years before their marriage. They began dating each other back in the 1990s. Their long-term love affair turned into a marriage on 16 June 2001.

They had three children before their marriage. After four years of their marriage, the couple divorced in 2005. They together had five children, four daughters named Ivory Aziza, Daphne Ivory Shiva, Jolie Ivory Imani, and Nala Yasmeen Ivory and a son named Keenen Ivory Wayans Jr. after his divorce, he dated the American television actress Brittany Daniel for several years. Their relationship began in 2007 and they broke up in 2013. Since then, he has not been in any relationship and Wayans is a single man at the present time.

Who is Keenen Ivory Wayans?

Keenen Ivory Wayans is an American actor, comedian, and writer. He is also a successful film producer and a member of the Wayans family of entertainers. He is best known for his starring role in the TV series In Living Color. He is also known as the director and producer of the first two installments of the popular Scary Movie spoof franchise.

Keenen Ivory Wayans was born on 8 June 1958, in New York City, New York, USA. Keenen is an American by nationality and is of African-American ethnicity.

He is the son of Elvira Alethia and Howell Stouten Wayans. His mother is a homemaker, singer, and social worker and his father is a supermarket manager. He has five sisters and four brothers who all are notable artists of the same industry.

He attended Tuskegee University on an engineering scholarship but before graduation, he dropped out of school to focus on comedy.

Keenen Ivory began his career as a stand-up comedian at the American comedy club, The Improv in New York. He moved to Los Angeles in 1980 in order to pursue his acting career and he shortly worked as an actor. He made his professional acting debut with a small role in the movie Star 80 in 1983.

After that, he had a regular role as a soldier on a television series titled “For Love and Honor“. Keenen and his brother Damon, Sr. created, wrote, and starred in the show, called In Living Color. His first work as a writer was Hollywood Shuffle (1987). He also wrote and directed A Low Down Dirty Shame (1994).  He directed and acted in the movies Scary Movie (2000) and Scary Movie 2 (2001). Keenen wrote, directed, and produced the movie Little Man (2006). He played Mr. Stache in Dance Flick (2009) and Tony in Happily Divorced (2014).

He has been a very successful comedian, actor, and director in his career and he has accumulated a net worth of $65 million but his salary is unknown.

There are no rumors about his love affairs at the present time and he has not been in any controversy in his entire life.

Keenen has a height of 6 feet 3 inches and weighs 80 kg. He has dark brown eyes and his hair color is bald.