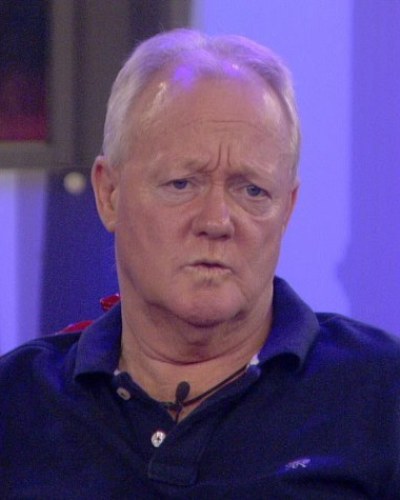 English presenter Keith Chegwin was a great name in the British television industry. He had famously hosted several popular shows such as Cheggers Plays Pop and Multi-Coloured Swap Shop. He was just 60 years old when we lost him due to a chronic lung condition.

December 11, 2017, was a cruel day in the industry of British television since it snatched away one of the most eminent and greatly-loved TV personalities, Keith Chegwin.

Keith Chegwin was battling a chronic lung condition and it had worsened over the last year. He was diagnosed with idiopathic pulmonary fibrosis (IPF).

Many of his fans were unaware that Keith was suffering from this ailment. He died in his sleep and his family released a statement to announce the same.

“We are heartbroken to share the news that Keith Chegwin sadly passed away following a long-term battle with a progressive lung condition, idiopathic pulmonary fibrosis, which rapidly worsened towards the end of this year.

Keith died peacefully at home shortly after midnight on the 11th of December. His wife Maria, his daughter Rose and his son Ted were by his side.

We would like to take this opportunity to thank Severn Hospice for the kindness, support and care they have shown us all over the last few weeks.

Keith was a loving husband, father, son, brother, uncle, and friend. We would respectfully ask to be left to mourn his passing in private.”

Just a few months before this tragic death, on 28 September 2017, Keith had tweeted a heart-rendering message which read:

“Still not right. I will be back-But not for a bit yet. I’m so sorry.”

He had apologized to them for not having tweeted for a long time.

The tributes to the loved one

Keith had shortness of breath and a dry cough. His lungs were unable to take in an adequate amount of oxygen from the air for his body’s needs. Hence he was on portable oxygen.

“It is incredibly sad. Keith was a one-off – full of life, generous and with a focus on things that mattered – his family. I saw him two months ago at his sister Janice’s wedding, where he was still attempting to be life and soul of the party despite being on portable oxygen and made sure he knew how much he meant to us all.”

His sister Janice, twin brother Jeff, and father Colin were also present by his side. The co-presenter Noel Edmonds paid homage to Keith thus:

You may like to read Will Young, Pop Idol winner 2002 talks about being gay, late twin brother Rupert and mental health issues!

I’m so stunned to hear that the utterly lovely @keithchegwin has died. Can’t get my head round this. One of my original Saturday morning heroes. Sending all my love to his family 😢

“Such sad news. Very much a part of my childhood. RIP Keith Chegwin.”

“So very sad to hear the news about @keithchegwin lovely talented man RIP.”

Katie Price, Bobby Davro, and Ricky Gervais were some other personalities who tweeted their condolences to Keith Chegwin.

Idiopathic pulmonary fibrosis is a progressive lung condition in which scar tissue develops in the lungs. The cause is not known and hence ‘idiopathic’.

It is supposed that viruses, exposure to certain specific dust types, and smoking could lead to it. There is shortness of breath, a dry cough, fatigue, weight loss, and muscle and joint aches.

Also read American actress Ashley Tisdale had to get her breast implants removed due to health reasons!

Blood tests, imaging, and lung biopsy diagnose the condition. There is no cure but certain drugs can slow the progress of the disease.

“Awareness of the condition is still staggeringly low. Most people have never heard of it until they are in a room being diagnosed with the disease which can be very confusing and frightening. The main symptoms include breathlessness, a persistent cough that will not go away and extreme tiredness. If anyone has these symptoms they should speak to their doctor.”