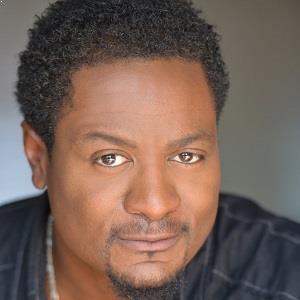 Keith Jefferson‘s details on his personal life is not known. There is no mention of past and present relationships of him.

There are no relationship rumors surrounding him and he has seldom discussed his relationship status in any of the interviews he has been in. Also if he is having an affair, there is no details talked about it.

Who is Keith Jefferson?

Keith Jefferson is an American actor who has already been involved in several blockbuster films like Quentin Tarantino’s Django Unchained and The Hateful Eight (2015). He also had a recurring role in the television series The Jamie Foxx Show.

Keith was born in Houston, Texas. He belongs to the African- American ethnic background and American nationality.

He was born as the child of Lovie(mother) and the late Reverend Edward Jefferson(father). He was an exceptional athlete as a child, competing in football, basketball, and track.

Keith attended Eisenhower High School and refused college football scholarships to study acting after graduating high school in Houston. He later received a BFA in musical theater from US International University/Performing Arts in San Diego, and also MFA in Acting from The University of Arizona in Tucson.

Keith stepped into the world of show business early in his career. He began performing in musical productions and plays in school and local theater.

His first role came as The Gatekeeper in the Wizard of Oz at age 8. He has since then appeared in several movies and television series and has more than 10 credits to his name as an actor.

Some of the movies and television series that Keith has been part of include The Fantasticks, Boys on the Side, Tank Girl, Buffalo Soldiers, Murder, She Wrote: The Last Free Man, Django Unchained among other. Apart from his acting career, he is also a singer and an accomplished dancer.

Keith Jefferson: Salary and Net Worth

Keith’s salary and net worth are unknown.

Keith has been successful in maintaining a good public image of himself as he has not been involved in controversies of any sorts in his career as of now.

Information regarding the body measurement of Keith is not available and most of it has been left to guesses and speculations.