Singer-songwriter Keith Sweat is married and a father of four.

In 1992, Keith Sweat married The Real Housewives of Atlanta star Lisa Wu-Hartwell. The couple had two sons. Unfortunately, the marriage came to an end in the year 2002 and he got full custody of both the children.

He also has three daughters, one with Tracy J. He also has a son named Joshua. 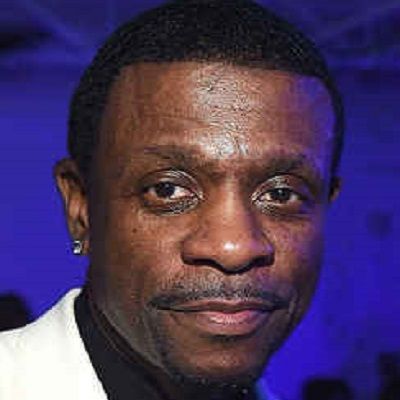 You can't stop loving or wanting to love because when its right it's the best thing in the world. When you're in a relationship and its good, even if nothing else in your life is right, you feel like your whole world is complete.

Who is Keith Sweat?

Keith Sweat is an American singer, songwriter and an early figure in the new jack swing musical movement. He is a popular solo-artist and his albums and singles peaked at the number one position on R&B and Billboard charts.

Known for his distinctive ‘whining’ vocal style, Sweat has established himself as one of the most successful male R&B/soul singers not only in America but also in other parts of the world.

Keith was born on July 22, 1961, in Harlem, New York City. He is 60 years old. His father’s name is to Charles, who was a factory worker. Likewise, his mother’s name is Juanita Sweat, who is a hairdresser. He was raised in the neighborhood of Harlem.
When he was just 14 yrs old, he performed at various nightclubs in and around New York City. His nationality is American and ethnicity is Afro-American.

He graduated from the City College of New York with a BS degree in ‘communications’, after which he worked for a brief period as a successful brokerage assistant in a Wall Street firm.

Despite a prosperous career at the Wall Street, he chose to pursue his passion for music and began writing songs and tried selling them to various record labels. In 1975, he began his career in music as a member of the Harlem based band called the ‘Jamilah’. As the lead singer of the band, he performed in New York, New Jersey, and Connecticut.

In 1984, he left ‘Jamilah’ in order to begin a solo career and subsequently sang at various nightclubs in New York. He was quickly noticed and given an opportunity to record an independent album for ‘Stadium Records’.

After that, he recorded ‘My Mind Is Made Up’ working out with the ‘Stadium Records’.  Then he became the co-writer and co-producer of ‘You Are the One for Me’. On November 25, 1987, his debut solo album ‘Make It Last Forever’ was released. It was a major success and the biggest hit from the album is ‘I Want Her’.
In the year 1991, he releases out his third album entitled, ‘keep It Comin’ which featured the songs ‘Why Me Baby’ and the title track ‘Keep It Comin’. Respectively, in 1994, he released his fourth album ‘Get Up on It’.
On June 25, 1996, his self-titled album was released and included the hit singles ‘Twisted’ and ‘Nobody’. In 1998, his sixth album ‘Still in the Game’ was released – the songs from the album ‘Come and Get with Me’ peaked on the U.S. charts. ‘An his one of the hit song I’m Not Ready’, was released a year later. By 2000, his fame began to wane and his albums no longer topped the charts.
By the time he released his seventh album ‘Didn’t See Me Coming’, his singles struggled to reach even the top forty. On August 13, 2002, his eighth album ‘Rebirth’ released. The album did not do very well and saw a huge dip in sales when compared to his previous albums. His ninth studio album titled ‘Just me’ released in 2008.
On June 22, 2010, his tenth studio album titled ‘Ridin Solo’ releases as by Kedar Records. Released in 1987, his debut album ‘Make It Last Forever’ peaked at the number one position on the ‘Top R&B Albums’ chart for three weeks. That album was popular worldwide. Its copies were sold up to three million in the U.S. and received triple-platinum certification from the Recording Industry Association of America.
His hit single ‘Twisted’ from the 1996 self-titled album peaked at the number one position on the U.S. R&B chart and featured at number two spot on the Billboard Hot 100, the American music industry popularity chart. His second album, ‘I’ll Give All My Love to You’ reached the number one position on the ‘Top R&B Albums’ chart and also peaked at the number 6 position on the Billboard 200, which featured the highest-selling albums. The album sold two million copies and received a double-platinum certification.

In the year 1997, he receives the American Music Award for being the ‘Favorite Male R&B/Soul Artist’.

As of 2022, the American singer has a net worth of $250 thousand. Other information regarding his salary and earning is unknown.

Up to now, he is successful in keeping himself far from these rumors and controversies.

Keith Sweat stands with a height of 5 feet and 8 inches. And his weight is 72 kg. Likewise, he has black colored hair and lights brown colored eyes.

Keith Sweat is active on different social media networking sites. He has over followers on his 139.8K Twitter account. Likewise, he uses Instagram with over 487 K followers. And his Facebook also holds more than 4.1 M followers.