Keith Talens is one of the popular YouTubers. He is currently in a relationship.

Is Keith Talens dating anyone?

Keith is in a live-in relationship with his girlfriend, Vena.

There is not much information about how they met and when they started dating. Vena also appears on Keith’s videos and they perform various vlogs together.

The couple has a daughter named Kiyomi. They currently reside together in Paranaque. 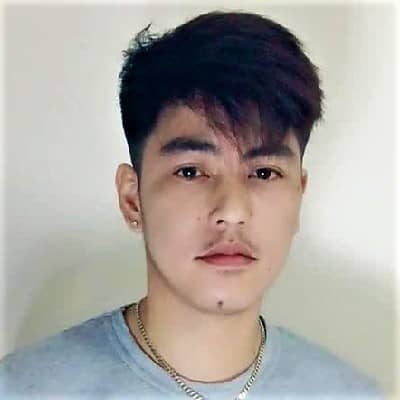 Who is Keith Talens?

Keith Talens is one of the Filipino YouTubers. He rose to fame for his different pranks and family vlog on his self-titled Youtube channel.

He is of Filipino nationality and his ancestry is of Southwestern English origin. As of now, he is 28years old.

His parents’ names are not disclosed. His father passed away due to cardiac arrest in 2019. He has a stepmother.

Yet he seems to be close with his family members. Keith has also featured his grandmother in a few of his vlogs. There is not much information about his childhood.

The information regarding his education is also not available.

He also features his family members on his vlogs and performs various pranks.

Also, he has done a few Q&A & videos featuring his girlfriend and daughter. Keith prepares his vlogs in the Filipino language.

Likely, his first video to cross a million views was a Q& featuring his girlfriend and daughter.

Talking about his other popular videos are ‘Mother’s Day Prank + Surprise, ‘Ignoring My Daughter for 8 hours ‘Honey bilisan mo may tao sa labas,’ and ‘Maghihiwalay na kami. The channel currently has more than 2.5 million subscribers.

Furthermore, Keith began creating his content for TikTok in July 2019. And he has already more than 1.3M following with l8.9M likes.

Keith is one of the rising you Tuber and has accumulated a net worth of around $1.5 Million as of 2022. Other information calculating his earnings and salary is not known.

Keith has created a surprise vlog for his day on the occasion of father’s day 2019.

Sadly, his father died the same day in the hospital due to cardiac arrest as per a YouTube vlog on Sat, June 15. He couldn’t even know about his son’s surprise gift from his son.

People expressed their opinion about the incident and Keith also received various backlashes for doing it on social media.

Many of them also called it a publicity stunt whereas some realized his genuine feelings too. Yet he continues making videos and entertaining his audience.

He stands at a height of 5 feet and 7 inches and weighs around 65 kg. Likely, he also does exercises regularly to stay fit and healthy,

Talking about his appearance, he has black colored hair and eyes. Keith has a tattoo on his left arm.

He also has his private official group on Facebook with 32.7K members.

Furthermore, his self-titled Youtube channel has around 3.2M subscribers. The star joined Tiktok in 2018, July, and already amassed followers with 1.8 million followers as of now.

You may also read the bio of Issey Moloney, Alexis Marie, Kamal Givens, and Arianna Hailey.