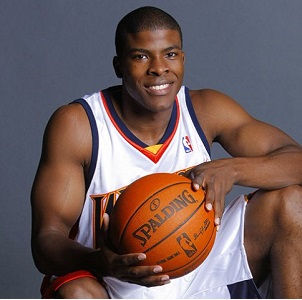 There are no sources of information about the relationship status of Kelenna Azubuike. So, he is possibly single.

Who is Kelenna Azubuike?

Kelenna Azubuike is a British sportsperson who used to play basketball. His position was shooting guard/small forward.

He was born on 16 Dec 1983 as Kelenna David Azubuike. His birthplace is in London, England. His ethnicity is Nigerian.

He was born to Kenneth (father) and Chy Azubuike (mother). His siblings’ names are Nonzo, Nesochi, and Adaeze.

He had studied his high school education at Victory Christian High School and graduated in 2005.

Kelenna Azubuike started to play for NBA Draft in 2005. He then played for the Fort Worth Flyers. It leads the league in scoring during the 2006-2oo7 season.

And eventually, he was being called up to play for the Golden State Warriors. On November 17, 2009, it was announced that Azubuike will miss the rest of the 2009-2010 season because of his injury of the knee.

In 2012, 23 March, he was signed by the Dallas Mavericks. As he had his return back, he was assigned to a team known as the Texas Legends.

As of now, this talented player works as an analyst on NBC Sports Bay Area. He joined it in the year 2015 and started as an analyst from 2019.

This player’s estimated net worth is around $5 million. He receives a salary of $1.07 million.

As per the reports, the average salary of an NBA basketball player is around $7.7 million per season.

There are no such rumors about this sportsman’s professional and personal life. There are no any statements made by any public sources against the Kelenna’s words.