Kelis is married to Mike Mora. Her husband, Mike is a real estate agent by profession

Kelis is married to Mike Mora. Her husband, Mike is a real estate agent by profession. The wedding took place in December 2014 in a very secret manner.

Together, the couple has a son, Shepherd (born: in November 2015). As of now, the couple is expecting their new baby.

On the 5th of August 2020, she disclosed that she is pregnant via her Instagram post where she is holding a pregnancy test kit that is positive.

Previously, she was married to the rapper, Nasir bin Olu Dara Jones (a.ka Nas). They married on the 8th of January 2005. However, in April 2009, she filed for divorce. 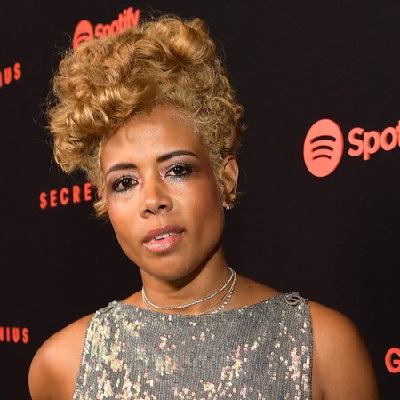 Nourishment means a quality of life

consistency in the way we treat ourselves

The truth I know for sure is that god is the creator of all things. And to not take ourselves too seriously

Motherhood puts everything into perspective, changes the way you look at life, and your perspective of what's actually important.

American Kelis is a 2 times Grammy Awards nominated singer, entrepreneur, and chef. She is renowned for her R&B and Hip Hop singing styles as a singer.

Last, in April 2020, she appeared in Netflix’s cooking series, Cooked With Cannabis.

Kelis was born as Kelis Rogers on the 21st of August 1979 in Harlem, New York. She is of British ethnicity.

Her father, Lt. Kenneth used to be a professor at Wesleyan University. Also, he was a Jazz musician and Pentecostal minister. He passed away in 2000. He was of All-American ethnicity.

Her mother, Eveliss Rogers is a fashion designer by profession. She is of Far-East-Asian ethnicity with Chinese roots.

She is the third among her three sisters. They share a very strong bond with her siblings bond. She shares pictures of her siblings via her Instagram post.

Talking about her educational background, she attended Manhattan Country School. In school, she identified her passion for music.

At the time, she learned to play the violin, Piano, and Saxophone. Also, she used to sing in the Chruch Choirs too.

In 1997, she graduated from Fiorello H. LaGuardia High School of Music & Art and Performing Arts.

In mid-1998, Kelis started her career as a singer with her debut album, Kaleidoscope under the Virgin Records. Her very first album became the starting milestone in her singing career.

The album peaked at the 7th position in the UK Albums with Gold Certification.

In 2001, she dropped her second studio album, Wanderland produced by The Neptunes. The single, Young, Fresh n’ New from the album became an instant hit with the peak position of 8th in the UK R&B chart.

Moving forward, in 2003, she launched her third studio album, Tasty under the recording labels; Star Trak and Arista. The album became the peak point in her singing career.

The album peaked at 27th position on US Billboard. Also, it received the Platinum certification by BPI.

Later, she released the albums like Kelis Was Here, The Hits, and Flesh Tone which maintained her previous music record. In 2014, she launched her sixth studio album, Live in London. The album happens to be her first live album including 39 singles.

Besides that, she is also active in musical tours. Some of them include Tasty Down Under Tour, All Hearts Tour, Intimate Venues Tour, and The Onyx Hotel Tour.

Last, in January 2020, she appeared in the British version of The Masked Singer as Daisy. However, she was eliminated from the show in the 5th episode.

In 2006, she expanded her career as a chef. For that, she joined Le Cordon Bleu culinary school to be trained as a saucier. The same year, she launched her fashion accessories, Cake. In 2010, she graduated from school.

In 2013, she launched her first sauce line, Feast. On the 28th of September 2015, she released her first cookbook, My Life on a Plate.

As of 2020, she has an estimated net worth of $4 million. Her earnings as a singer are in the range of $22k to $208k. Besides that, she also makes through her royalties and music tours and concerts too.

In 2018, she described her marriage with the rapper Nas as physically and mentally abusive. At the time, she also mentioned that Nas’ drinking habit was a major issue in their relationship.

Also, she accused Nas was involved in a few extramarital relationships.

Besides that, she claimed that the rapper was an active parent to their child, Knight Jones. Also, she stated she has not received any child support since 2012.

Kelis has black eyes with black hair. However, she prefers to color her hair to blonde and red.

She stands at a height of 5 feet 10 inches and weighs around 57 kg.

Also, she has a self-titled YouTube channel with over 204k subscribers with more than 222.6 million views.

You may also read the bio of Jennie Kim, Iliza Vie Shlesinger, and Curtis Waters.