Kellen Moore is one of the great American quarterbacks who was promoted to Cowboys offensive coordinator very soon in his career. Kellen is married since 2011 to his beloved. The couple has a child. 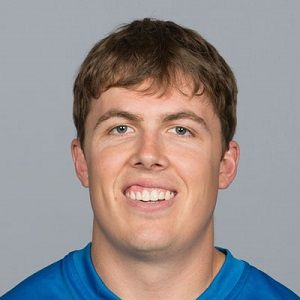 Kellen Moore is a married man. He tied the knot with Julie Wilson on July 23, 2011, after dating her for several years.

As a loving couple, they have also welcomed a beautiful son, Kyler Robert Moore. So far, Kellen and Julie have maintained a perfect relationship with them. Furthermore, his wife is very supportive of his professional career.

Who is Kellen Moore?

Kellen Moore is a three-time winner of WAC champion and two-time WAC Offensive Player of the Year, American football player. He is a football quarterback for Dallas Cowboys, the National Football League.

He also played for the Detroit Lions for two years.

Kellen was born on July 12, 1989, in Prosser, Washington, the United States to Tom Moore, father, and Kris Moore, mother.

Mr. Tom is a former head coach at Prosser High School from 1986 to 2008. He is also the winner of 21 league championships and four state championships.

Moreover, he has a younger brother named Kirby is also a wide receiver. His ethnicity is Caucasian.

From the beginning of his childhood, he was extremely interested in football and began to play at a very early age.

Kellen Moore began his career as a footballer from his high school and later played state-level football. He also became the No. 1 player in Sporting News annual list of the top 25 players in the nation. As a professional player, he began his career with Detroit Lions in 2012.

Kellen resigned a two-year contract with the club. However, he moved to Dallas Cowboys after failed to make in the initial 53-player roster.

Later on September 6, 2015, he shifted to Dallas Cowboys. Furthermore, he made his professional debut for the team on  December 19, against the New York Jets. During his first home start, Kellen threw for 435 yards, 3 touchdowns, and 2 interceptions in a 34–23 loss to Washington Redskins.

Additionally, he suffered a fractured fibula in his right leg and was placed on an injured reserve. Although, Kellen resigned from the club despite being released on October 26, 2017.

Being a professional footballer, Kellen earns a decent amount of money from his profession. His salary is $760,000 per annum and his net worth is estimated to be $1.5 million.

Rumors are that Kellen won’t be leaving the Cowboys’ OC in 2020.

There are no controversies of Moore lately.

Kellen Moore has a towering height of 6 feet and weighs 91 kg. Furthermore, he has blue eyes and blonde hair.