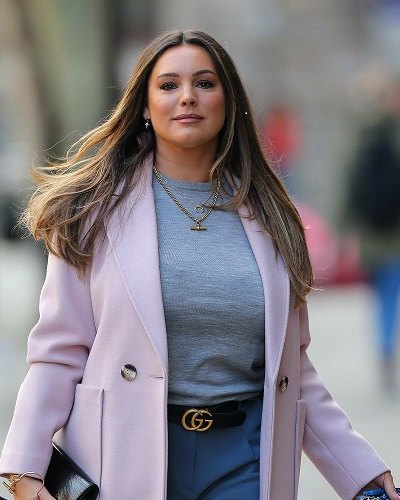 Kelly Brook the model who later turned to a television personality had made it to the list of sexiest women list. People may wonder who is the one to woo the heart of this gorgeous woman.

Who is the model that was in many high-profile romances in the past in dating currently? Here is the detail of her current relationship status, boyfriend, and her previous romantic links.

Back in 2018, the model disclosed that she proposed her French boyfriend Jeremy Parisi. At the time, they were on holiday in Antigua. Parisi turned her down as she asked him at the public place.

She also added that it was not that the proposal wasn’t a “serious” one. The model once said they were very happy at the moments and also added it was not really important for them.

At a point when she returned from a vacation with her boyfriend, she was rocking a huge diamond ring. Afterward, the rumors of their engagement started going all over the important.

She wishes to start the family with her boyfriend with whom she got together in 2015 in the future. The model also gushed about her boyfriend on the media saying:

“I like to think I’m a loving and open person. But I tended to trust everybody. As I moved into my 30s, I came to realise that was a mistake. I’m particularly thinking of members of the opposite sex. I had a series of boyfriends who professed their undying love then cheated on me.”

They started dating when she first went to her DMs’ on Instagram amid they met in person. The couple also steps outdoors together and also gush about each other on their social media.

There are few high-profile relationship encounters of the model in the past. When she was just 18 years, she started dating film star, Jason Statham. He was the first boyfriend of the model who is dated for seven years.

After parting the way with him, she met her second boyfriend Billy Zane on the set of Survival Island in 2004. They fell in love and later in 2007 they got engaged. After entering the ‘Strictly‘, later she parted ways with him in 2008.

After two years of breakup with her former fiance rugby star Thom Evans. They started dating each other in 2010. During her relationship with Evans, she suffered a miscarriage in 2011.

Later on, in 2013 the couple parted their ways after three years of dating. After a year in 2014, she got into a romantic relationship with 2014 with Gladiators star David McIntosh.

However, their relationship ended just after seven months of their engagement.

Kelly Brook is an English model, actress and television presenter. She is popular for her role in The Italian Job in 2003 and Piranha 3D in 2010. She also co-presented The Big Breakfast for 6 months. She also endorsed many brands. Kelly has also appeared in the music video of Lawson’s song Juliet in 2013. See more bio…