Updated On December 18, 2022 | Published By: Arun Mehata
Share this
Divorce 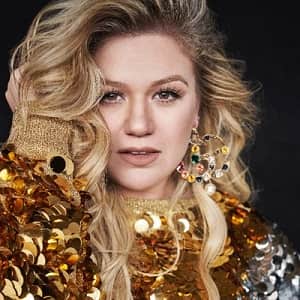 I'm only 27, not 40 and still single! I enjoy being single, I love work and I think people are so passive with relationships and I'm not that person.

I'm an extremist, I'm either in a relationship or I'm not. I'm honest about it and I'll tell people, it's just there's nothing to tell. I have a very good life.

I love my body. I'm very much okay with it. I don't think artists are ever the ones who have the problem with their weight, it is other people.

What is the relationship of Kelly Clarkson?

Kelly Clarkson dated singer Graham Colton for a year from May 2005 to 2006. Later, she was in a relationship with musician Ryan Key.

Currently, Clarkson was a married woman. She exchanged vows with Brandon Blackstock. The pair married on 20 October 2013.

The wedding took place in Blackberry Farm, Tennessee. They have two children together: River Rose Blackstock and Remington Alexander Blackstock.

However, in mid-June, Kelly filed for the separation from Brandon. On August 3, 2021, the divorce was finalized.

Who is Kelly Clarkson?

Kelly Clarkson is an American singer and songwriter. She began her career as the winner of the television series ‘American Idol.’

Additionally, her debut single, ‘A Moment Like This’, topped the US Billboard Hot 100 chart. Since then, she has released several albums like ‘Breakaway’, ‘All I Ever Wanted’, and ‘Piece by Piece’ among others.

Clarkson was born in Fort Worth, Texas as Kelly Brianne Clarkson on April 24, 1982. She was born to parents Jeanne Ann and Stephen Michael Clarkson. Her father is a former engineer and her mother was a first grade English teacher.

Additionally, she has a brother named Jason and a sister named Alyssa. She became interested in music and singing since her childhood years. Furthermore, she belongs to a mixed ethnic background of Greek, English, German, Irish, and Scottish.

Talking about her education, Clarkson attended Pauline Hughes Middle School. In addition, she graduated from Burleson High School in 2000.

Kelly Clarkson initially performed in several musicals including ‘Annie Get Your Gun’, ‘Seven Brides for Seven Brothers’ and ‘Brigadoon.’ After turning down two recording contracts from Jive Records and Interscope Records, Kelly appeared in ‘Sabrina, the Teenage Witch’ and ‘Dharma & Greg.’

Additionally, she auditioned for the ‘American Idol: The Search for a Superstar.’ She won the competition on September 4, 2002. Eventually, she signed a record deal with RCA Records, 19 Recordings, and S Records.

Clarkson has released several albums to date including ‘Thankful’, ‘Breakaway’, ‘My December’, ‘All I Ever Wanted’, ‘Stronger’, ‘Wrapped in Red’, and ‘Piece by Piece’ among others. In addition, she has been part of several tours to date like ‘Breakaway World Tour’, ‘My December Tour’, ‘Piece by Piece Tour’, and Meaning of Life Tour.’

Furthermore, she has also won the MTV Video Music Awards a total of two times.

Clarkson’s salary as a musician is around $14M per year. However, she has an estimated net worth of around $45 million at present.

Clarkson became part of a controversy after she admitted to disciplining her children in a way that other parents don’t necessarily agree with.

Additionally, Kelly also found herself in the middle of a huge political controversy in September 2017. At present, there are no rumors concerning Clarkson and her career.

Talking about her body measurement, Kelly Clarkson has a height of 5 feet 3½ inches or 161 cm. Additionally, she weighs around 79 kg or 174 pounds.

Clarkson is active on social media and also has her own website.

Clay Aiken
Tags : A Moment Like This American Idol American singer and songwriter

Kelly Clarkson is Finally Relieved as her Ex-Husband Vacates Her Ranch!

Is Kelly Clarkson expecting third child in 2022? Who’s the father?