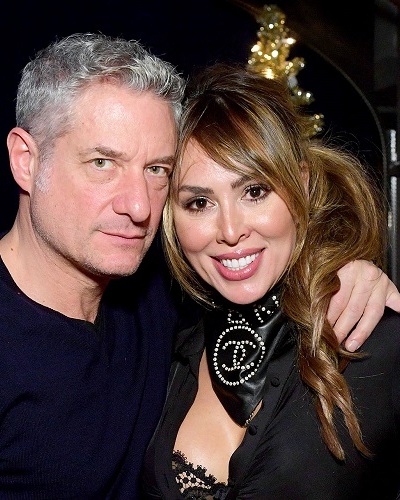 Kelly Dodd and her upcoming nuptials

The reality TV star Kelly Dodd is all prepared for the greatest day of her life. She is going to marry her fiance Rick Leventhal on 10 October 2020.

It is just a week away and she already has a plan in place. But the wedding would be an intimate and small affair with only close friends and relatives as guests due to the coronavirus pandemic.

Kelly, 45 gave an interview to Bravo Insider and on it she said:

“We just have limited guests,”

“it’s kind of nice, though. Because it’s intimate.”

Kelly also revealed that her daughter Jolie who is now 13 years of age will serve as her maid of honor.

More details of the wedding

Kelly and the Fox News correspondent Rick will walk down the aisle together on the coming 10th. Kelly said:

“I have friends from like grade school coming. It’s very informal. It’s not like it’s going to have the flower girls and the whole thing. And it’s just gonna be her there and that’s it,”

Revealing the name of the person who will ordain the ceremony, she said that it would be done by Rick’s friend. Kelly reiterated:

“It’s really going to be intimate and special,”

Though the wedding would be a small gathering, still in order to safeguard the health of the guests, Kelly has got some special face masks made for them for the occasion. Revealing details of these face masks, Kelly said:

The couple’s relationship and marriage license

Rick and Kelly announced their engagement in November 2019. Kelly said:

“I’m beyond excited about our future together. Rick is my best friend. My partner in crime. I’m so in love. I can’t believe this happened to me. I feel like I just won the lottery.”

Rick sold off his New York apartment and decided to move to California and be with Kelly. Kelly revealed this news in May 2020:

“Rick just put his place on the market this week because he’s relocating to California and our new house in Newport Beach,”

“I will always love that apartment because Rick proposed to me there … but his future is here with me in California and we’re both so excited for his move.”

Last month, the couple also got their marriage license. Kelly announced with a photo of her and Rick kissing:

Rick, 60 was also delighted and wrote: