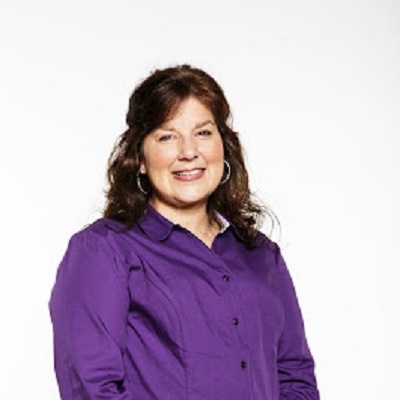 Kelly Jo Bates is married to Gil Bates. Gil is also a TV personality and a pastor. First, they met during their University days.

Who is Kelly Jo Bates?

Kelly Jo Bates is an American TV actress. Kelly is renowned as the mother of the TV series, Bringing Up Bates.

Kelly Jo Bates was born on the 26th of October 1966 in the United States. Her father, Kenneth Callaham is of Irish ancestry and mother Betty Jo Smith is of British ancestry. Her parents divorced after her birth. After that, Betty was married to William Miller.

She has three siblings Chip, Kay, and Kim. She also has three half-siblings, William, Lewis, and Lee.

She first appeared as the TV actress with the TV series, United Bates of America in 2012. The show was based on her family life which has 10 daughters and 9 sons. Through the series, she shared their family value, lifestyle, and passion for music through the series. However, the series was continued for 8 episodes only.

After the show, she appeared on her family show, Bringing Up Bates which was based on the same theme as previously. The content won the hearts of many people and completed the 152 episodes in 2019.

Apart from the family show, she was also featured on the show 19 Kids and Counting along with their family friend, Duggars.

Till now, she is not involved in any sort of controversy that makes a buzz.

She is active on Instagram with the handle, kellybates.rp with 11.5k followers.

New Member In The Family!! ‘Bringing Up Bates’ Stars Erin and Chad Paine Turned Parent To Their Third Baby: Know More Details About The Family’s New-Born