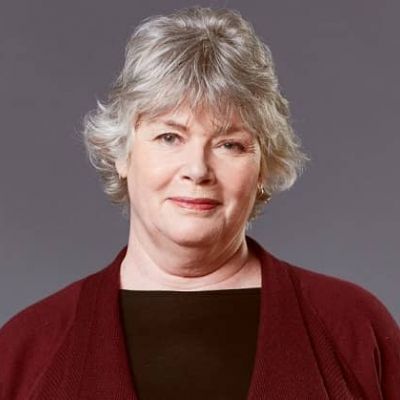 I think it's sad that movies and television have caused the theatre to fade as a popular art form. I hope to get young people into the theatre and expose them to Shakespeare

I'm old and I'm fat and I look age-appropriate for what my age is, and that is not what that whole scene is about. But... I'd much rather feel absolutely secure in my skin and who and what I am at my age as opposed to placing a value on all that other stuff.

What is the relationship of Kelly McGillis?

Kelly McGillis is currently single and not dating anyone. Being a private person, McGillis hasn’t shared any details regarding her present relationships.

Kelly McGillis was married to Boyd Black, an American writer. The couple married in 1979. After, 2 years the couple divorced each other.

Kelly McGillis was married to Fred Tillman, an American Yacht Salesman. The couple married on 10th April 1989. The couple has two daughters named, Sonora Tillman and Kelsey Tillman. Later, in 2002 the couple divorced each other.

Kelly McGillis was married to Melanie Leis, an American Bartender. However, the marriage
was last for only one year.

Who is Kelly McGillis?

Kelly McGillis is an American actress. Kelly is famous for the role of Charlie in Top Gun (Action Drama) in 1986, Annie Packert in Made in Heaven (Comedy Romance) in 1987, and Kathryn Murphy in The Accused (Crime Drama) in 1988.

Kelly was born on 9th July 1957 in Newport Beach, California, the U.S. She is the eldest daughter of Virginia Joan and Donald Manson McGillis. By profession, her father is a Physician meanwhile her mother is a homemaker. Besides that, McGillis has two younger siblings named, Karen and Kathleen.

Kelly holds American nationality and belongs to the Caucasian ethnicity. Moving towards her
educational background, McGillis enrolled at the Newport Harbor High School. Later, she went to
Allan Hancock College. In addition, she has earned BFA from Juilliard School.

Kelly debuted as Glenda Livingston in One Life to Live (TV Series) in 1968. She played the role of Katherine Dennison Breen in Sweet Revenge (TV Series) in 1984. Besides that, she was seen as Jennifer
Coles in Private Sessions (TV Movie).

Moreover, McGillis was cast as Mrs. Joel McKelvey in Perry Mason: The Case of the Fatal Framing (TV Movie) in 1992. In the following year, she played the role of Rose Parks in bonds of Love (a TV Movie). She played the role of Nicole Whitley in The Outer Limits (TV Series) in 2000.

Furthermore, Kelly made her appearance as Bertha in Love Finds You in Sugarcreek (TV Movie) in 2014. She was cast as Elizabeth Conner in An Uncommon Grace (TV Movie) in 2017. In the next year, she played the role of rose in Maternal Secrets (a TV Movie). In addition, McGillis was seen as Miriam Saslaw in Dirty John (TV Series) in 2020.

Kelly McGillis: Net Worth and Salary

As of 2022, Kelly has an estimated net worth of around $7.5 million US.  Besides that, McGillis’s annual salary is $2 million. Moreover, Kelly is living her life luxuriously.

There are rumors that Kelly is gay. Besides that, McGillis also confirmed that she is gay in the interview with SheWired. However, Kelly has a clean and clear profile among the public and the media as well.

Kelly stands at the height of 5 feet 10 inches with a 62 kg weight. Besides that, McGillis has dark brown eyes with short whitish hair. Moreover, Kelly’s whole body measurements are 37-26-37 inches.